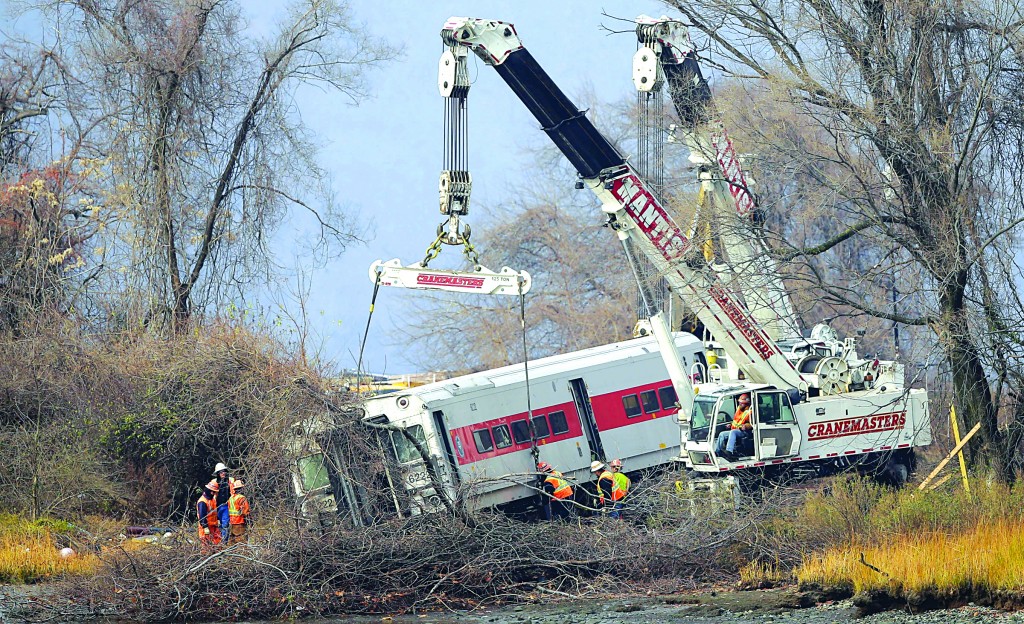 The four New Yorkers who died in the commuter train that derailed Sunday led lives that reflected the dynamic diversity of the city they had just entered — but will never see again.

Kisook Ahn, James Ferrari, Jim Lovell and Donna L. Smith were on the Metro-North train that left Poughkeepsie just before 6 a.m., rolling about 80 miles south through the bucolic Hudson River countryside. It was scheduled to arrive at Manhattan’s Grand Central Terminal within about 20 minutes.

In a flash, at 7:20 a.m., the seven cars careened off the rails on a curve in the Bronx where the Hudson meets the Harlem River.

Minutes later, white sheets covered the bodies of the four as emergency workers tended to the living among the 150 passengers on board.

Kisook Ahn, 35, was a Korean immigrant who worked as a registered nurse and shared a Queens apartment with three roommates while awaiting her green card. She was returning home after her overnight shift at the Sunshine Children’s Home and Rehab Center for severely ill children in Ossining, about 30 miles north of New York.

Ahn arrived in the United States in 2008 as part of an exchange program with a university in South Korea. She graduated from the City University of New York’s Lehman College with bachelor’s and master’s degrees in nursing.

“We are completely stunned and saddened,” said Catherine Alicia Georges, chair of the school’s nursing department. “Kisook was a model student, who did well in both her undergraduate and graduate programs.”

Ferrari, 59, from Westchester County, just north of the accident site, worked weekends in Manhattan performing building maintenance to put his daughter through college.

He had lived in the hamlet of Montrose for a decade, sharing a house with his wife, Francine, and daughter Rebecca, who is in her early 20s.

“He was a loving, hardworking husband and father, going to his job in New York City early on a Sunday,” said Linda Puglisi, the supervisor for the town of Cortlandt, which includes Montrose.

Lovell, 58, was a father of four married to a local town councilwoman, lived by a Putnam County lake, enjoying fishing, kayaking, windsurfing and hiking. The sound and lighting expert made the 90-minute train trip from Cold Spring, N.Y., each time he accepted jobs on various productions including work on NBC’s “Today Show” for the past 20 years, said Don Nash, the show’s executive producer.

“He was a very happy-go-lucky kind of guy,” Nash said. “He would always greet you with a big smile, a pat on the back and a handshake, and he’d ask you about your life, what was going on. He had an extremely positive outlook; I never heard him utter a negative word, ever.”

Smith, 54, was on a New York City visit to hear her 45-year-old sister Linda sing. She died after being thrown out of the train, authorities said. Her sister survived with only bruises.

“They were extraordinarily close, devoted to each other,” said their uncle, Charles Hahn, adding that neither married.

She was born and lived in Newburgh, a city about 60 miles north of New York. She worked as a paralegal and her life was filled with a flurry of meaningful activities in her free time.

She mentored troubled children and volunteered as an assistant chaplain with the fire department.

“She was a quiet, happy person,” said Hahn.