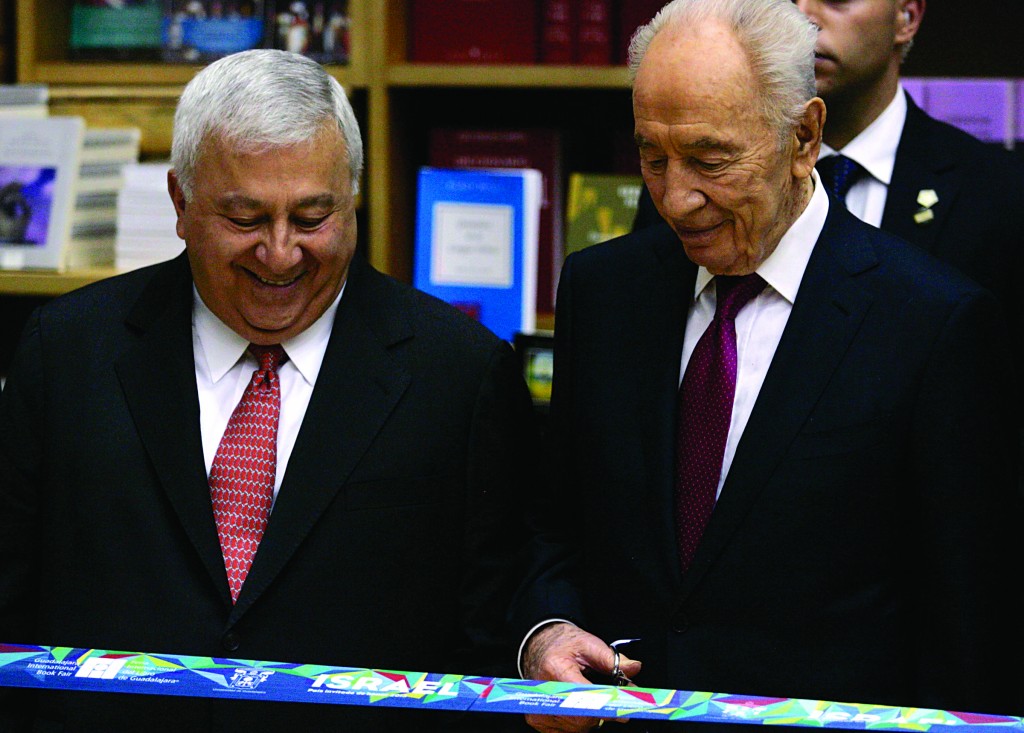 Israeli President Shimon Peres told Israel Radio on Sunday that he does not intend to seek another term as president when his term expires next summer.

Responding to speculation in the Israeli media in recent days about a second term or a possible run for prime minister at the head of a new party, Peres said, “It is possible to serve the country outside of political life as well.”

The remark came during an interview at the close of a state visit to Mexico, where Peres was the guest of honor at the largest Spanish-language book fair in the world, where Israel was a high-profile participant.

Huge posters furnished by Israel adorned the city of Guadalajara, the host of the book fair.

Peres’s entrance at the opening ceremony of the Israeli pavilion was marked by a sustained standing ovation, which has been the rule for his appearances during the visit to Mexico, The Jerusalem Post reported.

In a public forum with Felipe Gonzales, the former three-term prime minister of Spain, Peres rebutted the assertion of Gonzales that Israel is not acknowledging the rights of the Palestinians. Peres noted that Israel was the first to recognize the Palestinians. The Arabs did not recognize them when Jordan had control of Yehudah and Shomron and Egypt had control of Gaza, he said.

Peres suggested that the Europeans and the Americans go to Gaza and tell the Palestinians there to call a halt to terrorism. When Gonzales contended that Israeli retaliation following terrorist attacks has been excessive, Peres replied, “You have to defend yourself when someone is trying to kill you. The problem is to stop the killing, not to stop the defending.

“Tell them to stop terrorizing. They kill their own people, they kill our people. This is the greatest obstacle to peace.”

But, said Peres, he remains hopeful that peace can be achieved.