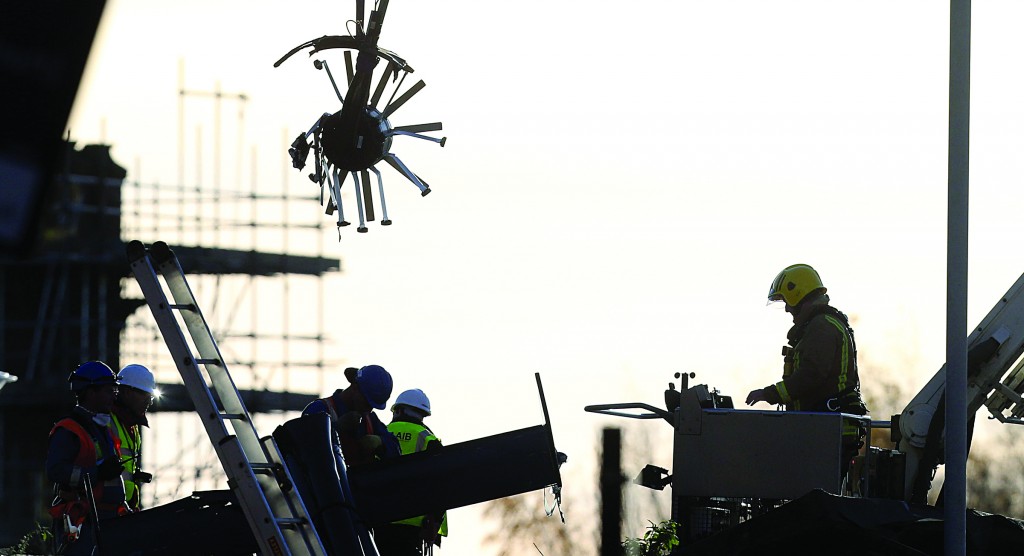 Authorities began combing through the wreckage of a Scottish pub Saturday for clues as to why a police helicopter plunged onto its roof, killing at least eight people, including all three on board, and seriously injuring 14.

“A full and thorough investigation into what happened last night has already begun,” Stephen House, chief constable of Scotland Police, told reporters in the city of Glasgow, which awoke to an extraordinary scene of damage on the banks of the River Clyde.

House confirmed that two police officers aboard the helicopter and the civilian pilot died, as well as five people inside the Clutha Vaults pub on Stockwell Street. Thirty-two people were taken to hospitals, 14 of them with serious injuries.

The Eurocopter EC135 T2 helicopter fell out of the sky about 10:25 p.m. Friday. Some witnesses reported hearing the chopper’s engines sputter and cut before it plummeted, in a silent free fall, onto the Clutha.