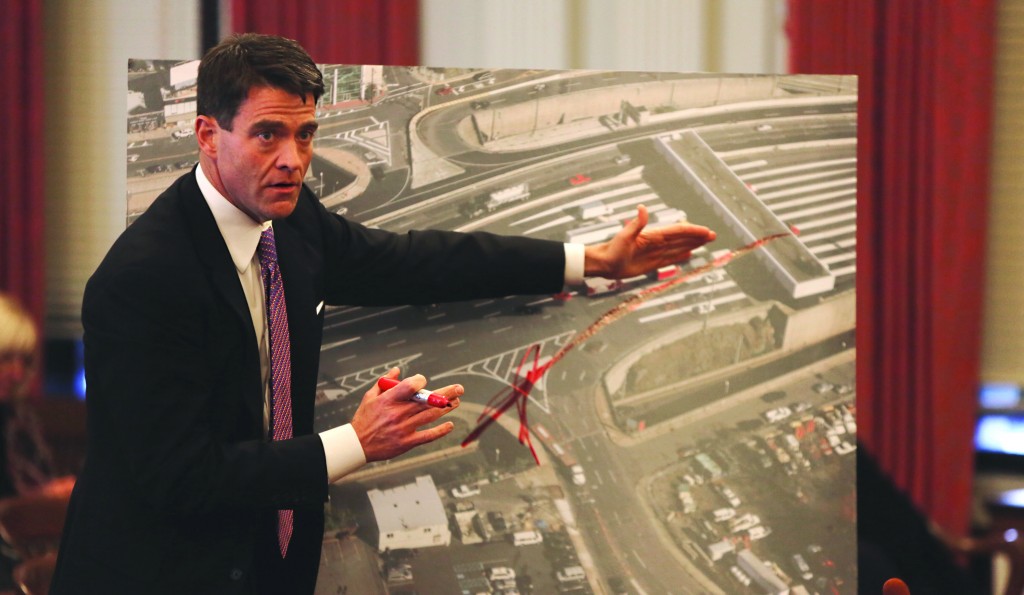 The top official at the Port Authority of New York and New Jersey has been subpoenaed to explain why two inbound lanes of the George Washington Bridge from Fort Lee were shut for several days without notice, causing traffic gridlock.

Executive director Patrick Foye was served a subpoena Wednesday afternoon that orders him to appear in Trenton on Dec. 9. Assembly Transportation Committee chairman John Wisniewski, who ordered the subpoena, plans to hold a special hearing on the lane closures in a story that has political undertones.

He said a similar hearing on Monday raised more questions than answers. Deputy executive director Bill Baroni was the only agency representative to testify, though several were invited.

At that hearing, which was at times contentious and at other points theatrical, Baroni said the closings were for a traffic study undertaken after questions were raised about the fairness of designating three inbound lanes for use by vehicles coming from Fort Lee during rush hour. The lanes have been set aside for Fort Lee commuters for as long as anyone can remember.

Baroni, a former Republican state senator who was appointed to the bistate authority by Gov. Chris Christie, said local officials should have been notified ahead of time.

Democrats on the panel, including Wisniewski, said they suspect that the lanes were closed as political retribution after the Democratic mayor of Fort Lee declined to endorse Christie for re-election. The governor’s office denies this and has referred questions since the September closings to the Port Authority.

The closures lasted three days, causing havoc on local roads during the first week of school.

At the agency’s monthly board meeting in mid-November, Foye and Baroni refused to confirm whether a traffic study indeed caused the closures. Foye said he was unaware of the closings at the time they occurred. An appointee of New York Gov. Andrew Cuomo, Foye called the closings “abusive” and possibly a violation of state and federal laws.

While Fort Lee Mayor Mark Sokolich initially suggested in a private letter to Baroni that the closures were “punitive,” he has since recanted. He was invited to testify Monday but declined.