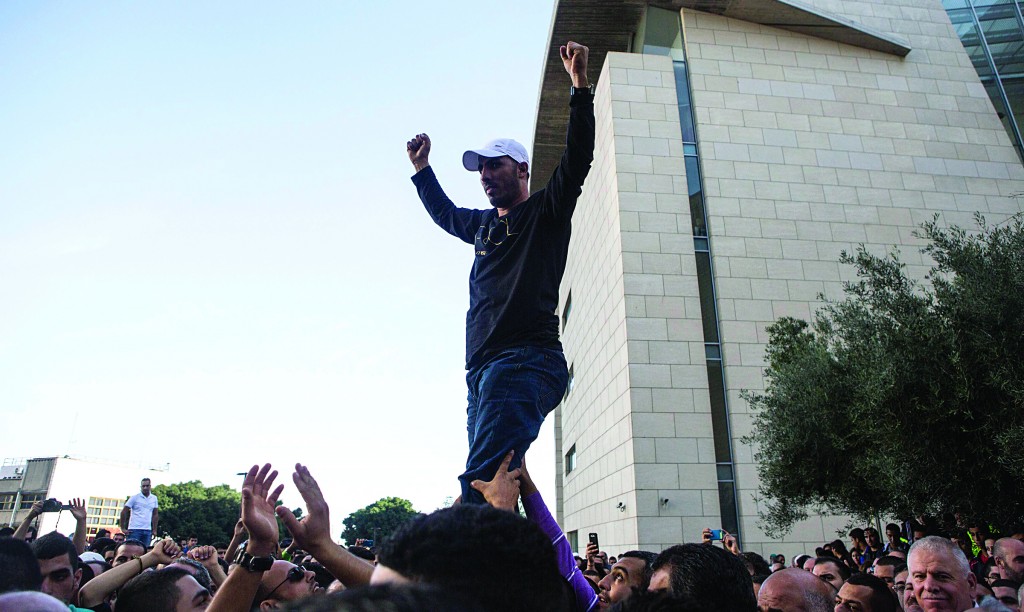 An Israeli court jailed six Israeli Arab citizens on Thursday over the mob killing in 2005 of a Jewish army deserter after he went on a deadly rampage on a bus in their town.

Zada shot and killed four Israeli Arabs and wounded 17 people on a bus in Shfaram in northern Israel on August 4, 2005.

None of the six men from Shfaram had been convicted of directly causing the death of Eden Nathan-Zada, 19. They were convicted of lesser counts along with a seventh defendant, who received a suspended prison term.

The Haifa District Court sentenced three of the men to 24 months behind bars and three others to 11- to 20-month terms. Scores of Shfaram residents demonstrated outside the court and chanted in support of the seven defendants.

Immediately after Nathan-Zada’s rampage, enraged townspeople killed him at the scene as police tried to intervene.

On July 29, the court convicted four of the men of attempted manslaughter, two of aggravated assault and a seventh of assault and obstruction of a police officer.

The court found that Nathan-Zada had already been subdued, disarmed and handcuffed by police after his shooting spree when a mob set upon him, stomping and stoning him to death.

Arutz Sheva reported some outraged comments by right-wing activists who called the sentences “ridiculous” and suggested sardonically that “Jews who lynch Arab terrorists may also have to be punished leniently in the future.”

“Yoram Shkolnik, who killed an armed terrorist, was sentenced to 20 years in prison, but those who lynched Eden get to go home after a short period,” attorney Ben Gvir said. “The court system needs to do some soul-searching.” Shkolnik served seven years for shooting a captured Arab terrorist whose hands were tied, in 1993.

Meir Indor, an advocate for terror victims, contended that police and judges had been intimidated.

“But once a low price has been set for the lynching of the Jewish terrorist, it will be difficult for judges to mete out severe sentences against Israelis who take revenge against Arab and Palestinian terrorists.”