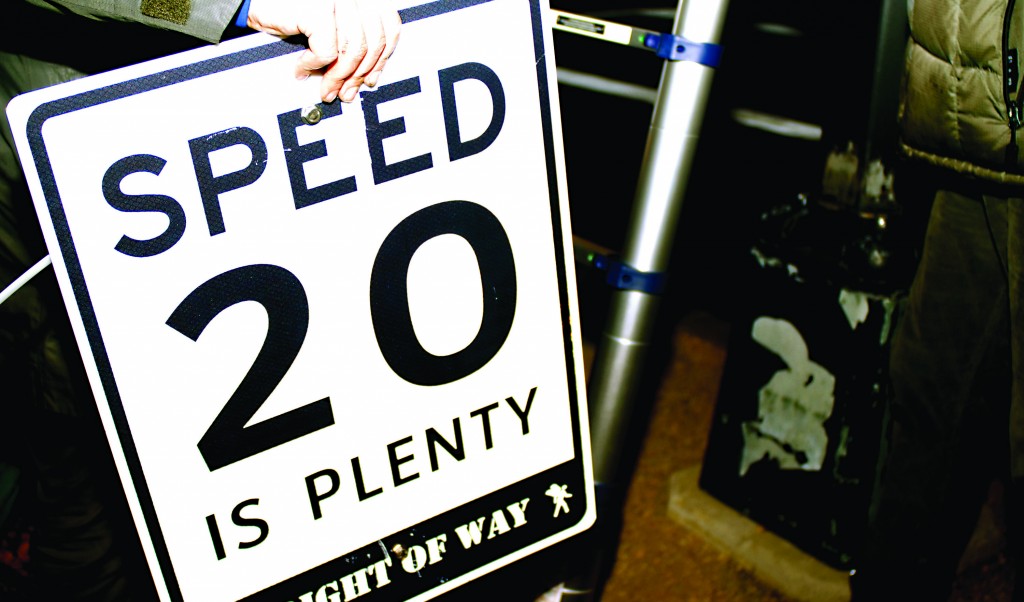 Days after activists at a memorial for a car crash victim in Park Slope changed street signs to limit speeds to 20 miles per hour, the New York City Council speaker vowed to enact a law reflecting that by the end of the year.

“Right of Way” activists for safe streets say the city’s current 30 mph limit is unsafe; they cite a study that lowering it to 20 mph increases the likelihood of surviving a car crash to 98 percent, up from 80 percent.

Councilman David Greenfield introduced the bill in October, which he says would “literally save lives once it is enacted.” It would limit drivers on regular city streets and avenues to 20 miles per hour.

Transportation Committee chairman Jimmy Vacca said he would present it with a 25-mph limit. He said that state law does not allow such a low speed limit unless other “traffic calming” devices are used, such as speed bumps.

“Speeding is the number-one cause of deadly crashes in New York City, and we must do everything we can to prevent fatalities,” Quinn said in a statement.