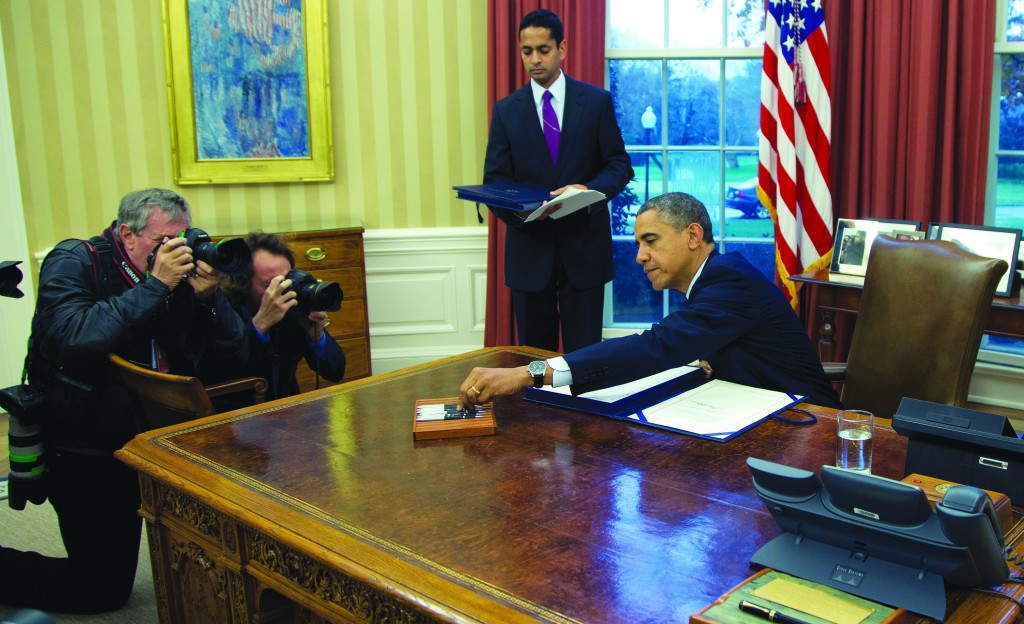 Nearly 40 news organizations have accused the Obama administration of improperly controlling images of the president by limiting the access granted to independent photojournalists while allowing free rein by the White House’s own photographers.

In a letter and a meeting last week, the news outlets and journalism groups complained to White House Press Secretary Jay Carney about the practice, saying the White House has prevented an unvarnished view of government business, while encouraging officially sanctioned competition for private news organizations.

Limitations on photographers’ access to President Barack Obama create “a troubling precedent with a direct and adverse impact on the public’s ability to independently monitor and see what its government is doing,” charged the letter from the 38 organizations, including the White House Correspondents Association and the Tribune Co., owner of the Los Angeles Times.

The White House said it has limited access by photographers only as necessitated by logistics or a desire to preserve a zone of privacy for the president and his family. Carney noted that previous presidents, including George W. Bush, battled with the media over how much of their activity to put into the public domain.

Still, in an email response to questions, Carney said the White House is “working to address some of the concerns raised by photographers covering the White House.” He added: “We certainly do not believe that official photos released by the White House are a substitute for the work of independent journalists.”

The issue has been pushed to the forefront by the expanding role of the Internet and websites, which allow the White House to quickly share images of Obama, his family and his staff.

“Like every White House in the modern era,” Carney said, “we use the tools available to us to provide information and insight to the public about the President and his daily (activities), and that includes photographs taken by official White House photographers.”

But news photographers complained that Obama’s staff increasingly deems events “private” or locales too confined for photos, only to later release the administration’s own pictures of the events. They say that proves the events were never intended to be private in the first place.

The letter of protest to the White House called the practice an “unwarranted interference on legitimate news gathering activities,” adding: “You are, in effect, replacing independent photojournalism with visual press releases.”