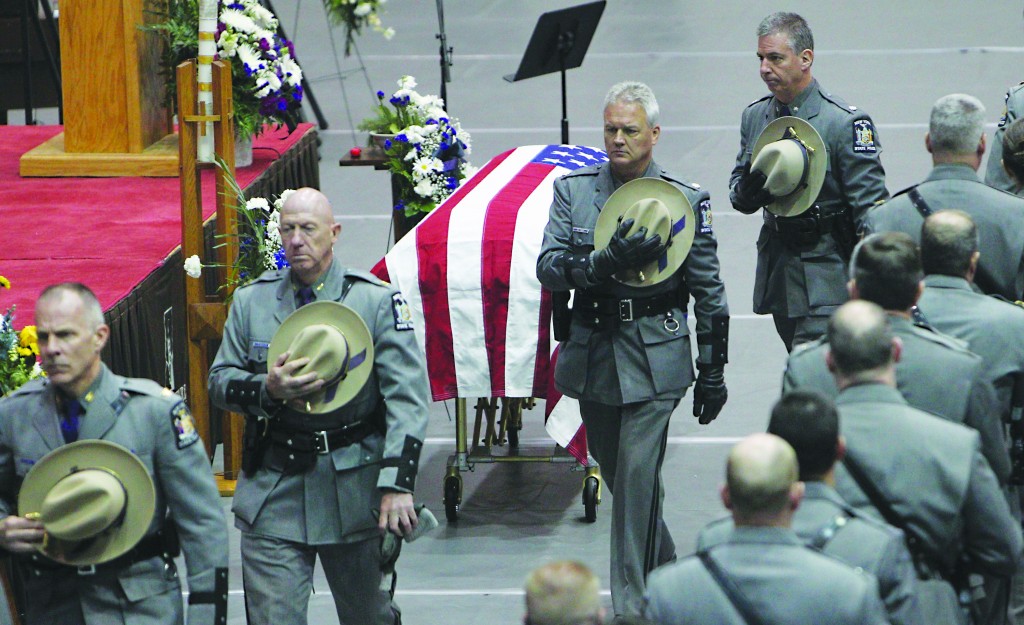 Hundreds of state police officers, under a sky as gray as their uniforms, lined up Tuesday for the funeral of a trooper who fell to his death during a training exercise last week.

Trooper Ross Riley, the 44-year-old father of three daughters, died Nov. 20 after falling from a ledge into a gorge at Letchworth State Park during high-angle rescue training, the kind that typically involves ropes and other equipment for rescues on cliffs and steep slopes.

Riley, a member of the elite Special Operations Response Team, was a 17-year veteran of the state police. His wife, Heidi Riley, is a state police station commander in the Southern Tier city of Olean.

State police Supt. Joseph D’Amico noted the honors that the former Marine had received from law enforcement and the military.

“Ross built his life around caring and taking care of others,” D’Amico said.

Gov. Andrew Cuomo had planned to attend the funeral in Olean, D’Amico said, but was turned back by an approaching winter storm.