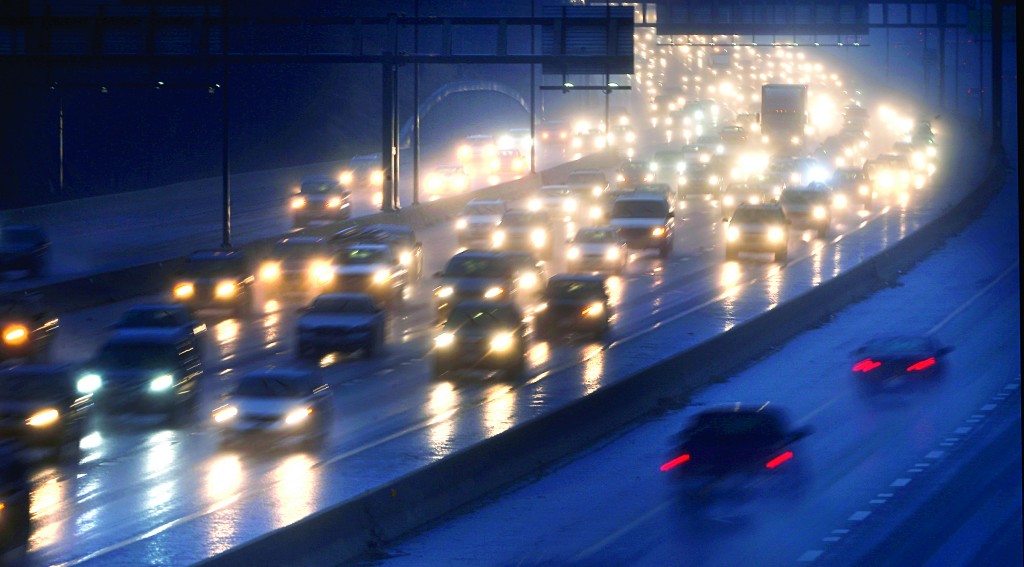 Travelers scrambled to book earlier flights Tuesday to avoid a sprawling storm bearing down on the East Coast with a messy mix of snow, rain and wind that threatened to snarl one of the busiest travel days of the year.

Meteorologists warned that the storm, which has moved across the country, would almost certainly upset travel plans on Wednesday for those hoping to visit loved ones in the mid-Atlantic and Northeast. Many travelers were moving to earlier flights, taking advantage of airlines’ policies to waive their normal change fees.

Most airlines are hoping the storms won’t be too severe, allowing them to continue operating a nearly full schedule with few cancellations, but likely a lot of delays, said Daniel Baker, CEO of FlightAware, a global flight tracking service.

“Cancellations are used as a good preventive measure to avoid cascading delays that can negatively impact travelers thousands of miles away,” Baker said.

Heavy rain and high winds would impact travel by air and road in the Northeast and mid-Atlantic, and could have a ripple effect on airports with departing and originating flights elsewhere.

Heavy rain and breezy conditions were in the forecast Wednesday from the Carolinas to the Northeast, with ice and snow a possibility in the Appalachians, western Pennsylvania and western New York.

The storm system, already blamed for at least 11 deaths, could also spawn an isolated tornado in the Florida Panhandle. The Southeast is set to suffer soaking rain in the coming days, primarily in Alabama, Tennessee and Kentucky.