World At Home and Abroad, Iran Agreement Under Fire
World 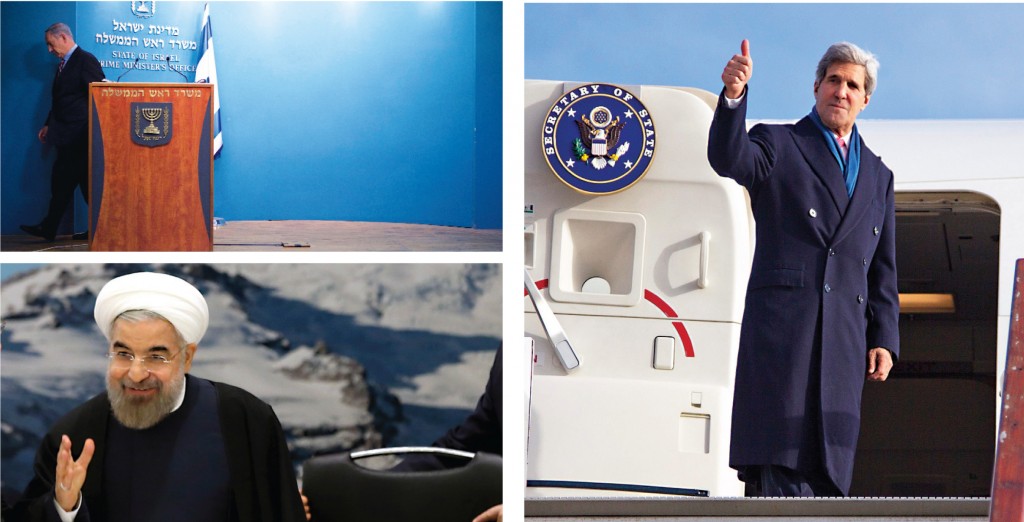 Just back from his diplomatic trip to Europe, Secretary of State John Kerry delivered a video message to legislators as he urged that they not introduce new economic measures against Iran at a time the U.S. and fellow world powers are withdrawing some sanctions in exchange for the Iranians curtailing their nuclear program.

Kerry asserted that now is the time to get to work on a final agreement that removes any suspicion that Iran is trying to produce nuclear weapons. “We all know that if the agreement falls apart, Iran is going to quickly face even tougher sanctions,” he said in the message.

Although Kerry was reaching out personally to key senators, Democrats and Republicans appeared determined to increase the pressure on Tehran. Many in Congress are skeptical, if not outright hostile, to the deal reached in Geneva. Two key senators already are at work on legislation to reinstate the full force of sanctions and impose new ones if Iran doesn’t make good on its pledge to roll back its nuclear program.

“The American people need an insurance policy to prevent a rerun of North Korea,” said Sen. Mark Kirk, R-Ill., who is crafting a bill alongside Sen. Bob Menendez, D-N.J. Critics of the accord reached in Geneva believe it could allow Iran to trick international monitors while it assembles an atomic weapons arsenal, similar to North Korea last decade.

Iran sanctions evoke great passion in Washington. Although Obama sees the economic pressure as the key motivation for bringing Iran’s new moderate President Hassan Rouhani to the negotiating table, pulling them back is the administration’s only real carrot for securing nuclear concessions.

Congress, which passed the sanctions, is leery. Israel sees any letup on the economic pressure as a dangerous concession that allows Iran to move even closer to nuclear weapons capability. And the powerful American Israel Public Affairs Committee has joined the call, saying new sanctions are needed “so that Iran will face immediate consequences should it renege on its commitments or refuse to negotiate an acceptable final agreement.”

Menendez and Kirk hope to have their bill ready for other lawmakers to consider when the Senate returns Dec. 9 from its two-week recess, according to legislative aides.

The measure would require the administration to certify every 30 days that Iran is adhering to the terms of the six-month interim agreement and that it hasn’t been involved in any act of terrorism against the United States.

Without that certification, sanctions worth more than $1 billion a month would be re-imposed and new sanctions would be added. The new penalties would include bans on investing in Iran’s engineering, mining and construction industries and a global boycott of Iranian oil by 2015. Foreign companies and banks violating the sanctions would be barred from doing business in the United States.

The senators want to send the bill to the president before the end of the year, said the aides, who spoke on condition of anonymity because they weren’t authorized to speak by name on the matter. White House officials wouldn’t say if Obama might veto such legislation.

Kerry, whose message sought to push back against what he called “misinformation,” spoke privately by telephone with Menendez in an effort to sway him, officials said. The secretary of state warned of dire consequences: “Passing any new sanctions legislation during the course of the negotiations, in our view, would be unhelpful,” State Dept spokeswoman Jen Psaki said.

Having voted new sanctions against Iran four months ago, the House is waiting for the Senate to act. The House would probably overwhelming support any new legislation against Iran, given that it voted 400-20 in favor of new penalties in July.

Senate Majority Leader Harry Reid, D-Nev., has yet to determine how he’ll react to the agreement, Democratic aides said.