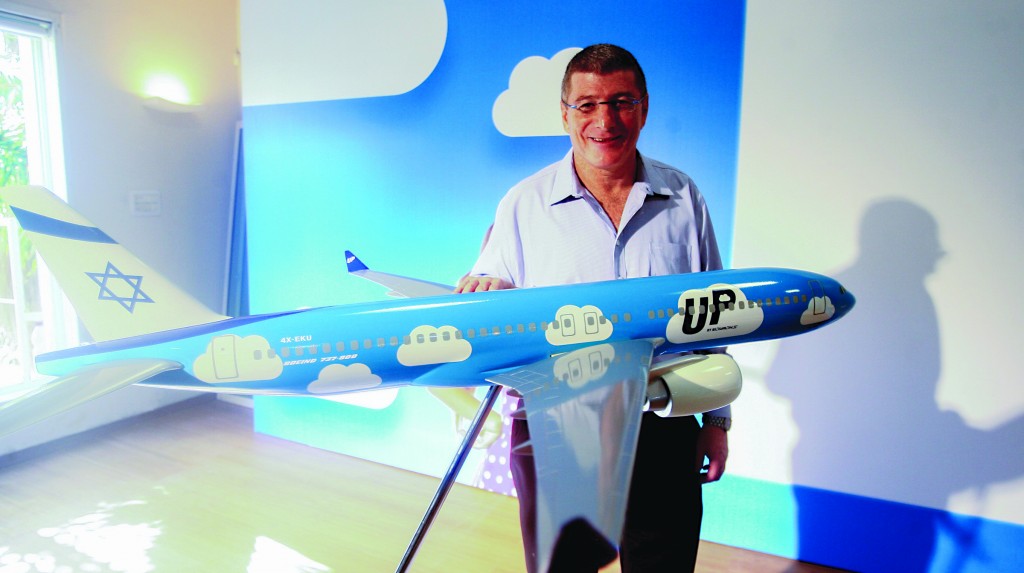 El Al Israel Airlines on Tuesday inaugurated a low-cost brand called “Up,” part of its strategy to meet the challenge of increased competition from European carriers as a result of the Open Skies agreement.

“The new brand will allow customers to choose how they fly and what they pay for. The most important thing is that the prices are the same for everyone,” said Shkedy at the press conference. “This is another step to compete in the world of aviation. We are responding to low-cost airlines which have been flying intensively to Israel lately.”

El Al will begin by operating five planes to five new destinations in Europe — Berlin, Prague, Kiev, Budapest and Larnaca. There will be two classes and two kinds of tickets, and special handling for frequent flier members. Up will operate low-cost flights to Europe. Fares will be lower for advanced reservations.

Competition from foreign companies has already begun and will intensify. For example, Wizz Air is expected to add a new route to Poland, and easyJet will likely launch a new route to Berlin. European airline Ryanair, is haggling with the Ministry of Transport over discounts on government-imposed entry fees. If Ryanair wins the discount, other carriers will demand comparable reductions.