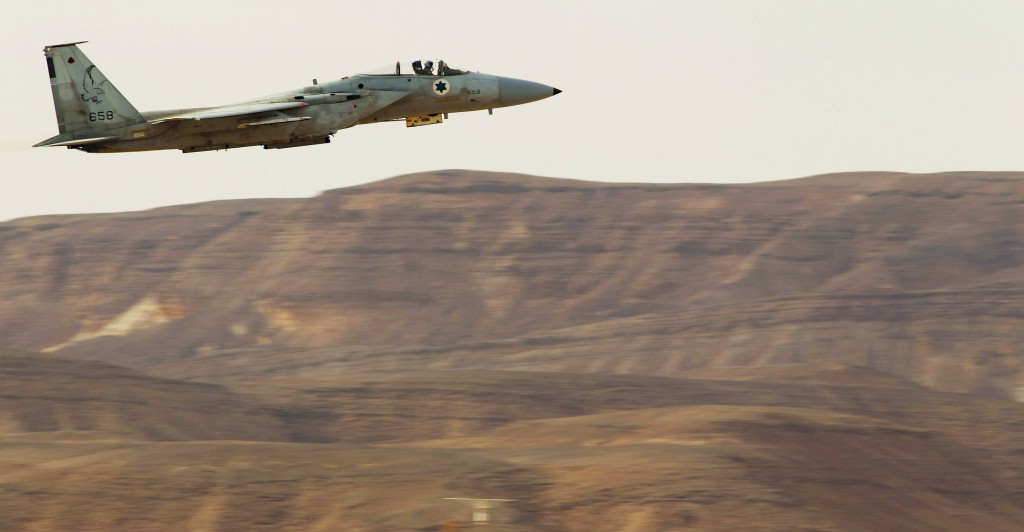 Described as the biggest military air exercise in the history of the state of Israel, Blue Flag which includes 60 fighter jets from Israel, Greece, the U.S. and Italy, are coordinating operations through Thursday, Ynet reported.

Observers from over 20 nations — including a large contingent of military attachés and representatives from the Cypriot and Bulgarian air forces — are in Israel to view the exercise.

The week’s progam features identification of anti-aircraft missiles — ranging from RPGs to advanced systems — as well as surface-to-air ones. Mock dogfights are also on the agenda.

For the first time, they will be using a new information system which sends live data from the plane to ground forces. “In the past, foreign nations were uncomfortable in sharing this level information gathering after flights, but this time it is happening,” a military official involved in the exercise said.

IDF officials said that the exercise’s objective is to test the group’s general aerial capabilities, unrelated to Iran or anyone else.