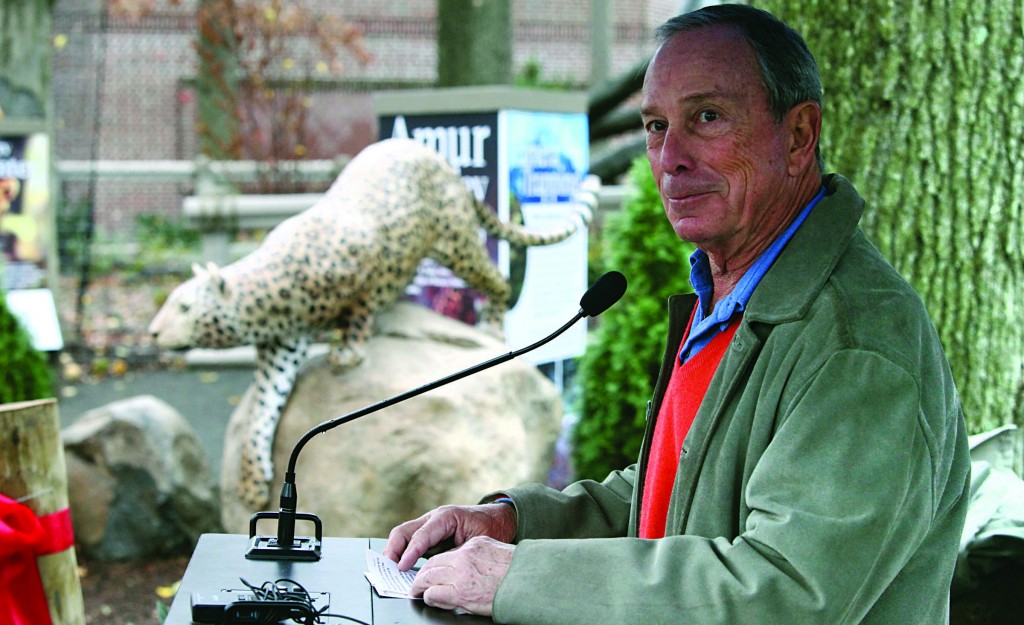 Mayor Michael Bloomberg said Friday on his weekly radio show that voters chose Bill de Blasio as his successor not over so-called “Bloomberg fatigue” but because they wanted a change.

“This campaign was … not so much anti-Bloomberg or anti-establishment, it was a change. Just want a change,” Bloomberg said. “And you say, ‘Well, change what?’ ‘I don’t know. I want a change.’ ‘Why?’ ‘Just time for a change.’

De Blasio ran a populist campaign and criticized many of Bloomberg’s policies as unfairly favoring the rich.

Meanwhile, before his visit Friday to unveil a leopard habitat at the Staten Island Zoo, Bloomberg recalled being bitten by a groundhog there in 2009.

“The gloves were ruined,” he said, explaining that this was the worst part of the attack. “Your finger grows back. The gloves don’t grow back.”

However, Bloomberg emerged unscathed from his visit Sunday, apparently heeding Staten Island Borough President James Molinaro’s advice to “keep out of the cage.”

Bloomberg joked with the leopards as he cut the ribbon on their new habitat.

“If you were a leopard, would you like to live here?” he asked. “I would. Staten Island is a nice place. We like it, so a leopard ought to like it.”