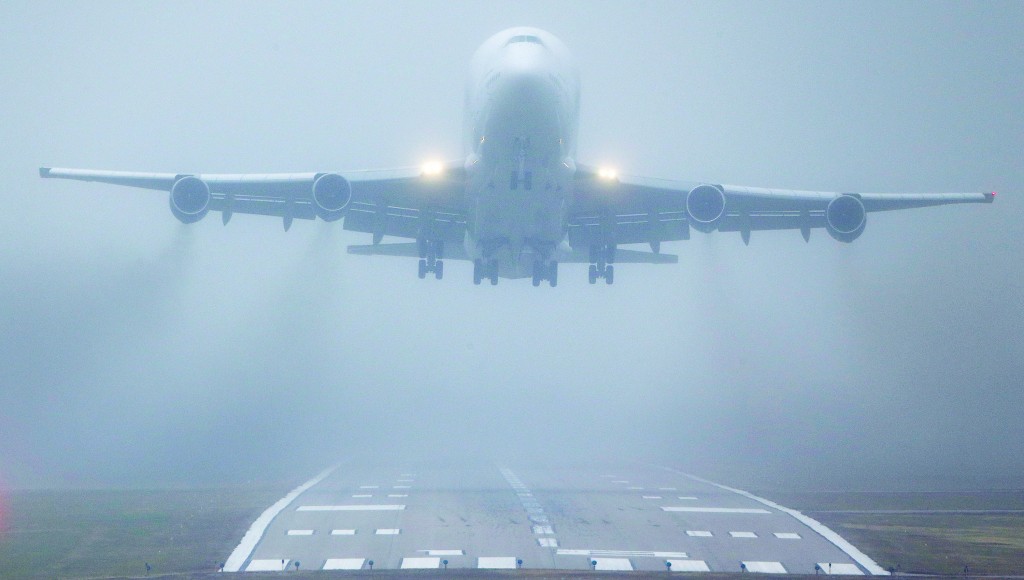 The pilot of a cargo-hauling jumbo jet mistakenly landed the Boeing 747 at a small Kansas airport instead of the Air Force base a few miles away where he was supposed to set the plane down.

The 747, with a two-man crew and no passengers, intended to touch down at McConnell Air Force Base in Wichita, where it was supposed to deliver parts for Boeing’s new 787 Dreamliner to a nearby company that makes large sections of the next-generation jet.

Hours later, the jet took off again and within minutes landed at its original destination.

The area has three airports with similar runway configurations: the Air Force base, the Jabara airfield and a third facility in between called Beech Airport.

Boeing owns the plane, but it is operated by Atlas Air Worldwide Holdings, a New York-based cargo-hauler that also provides crews or planes to companies that need them.

“We are working with Atlas Air to determine the circumstances,” Boeing said in a written statement.

The Federal Aviation Administration planned to investigate whether the pilot followed controllers’ instructions or violated any federal regulations.

The pilot sounded confused in his exchanges with air traffic control, according to audio provided by LiveATC.net.

“We just landed at the other airport,” the pilot told controllers shortly after the landing.

Once the pilot says they’re at the wrong airport, two different controllers jump in to confirm that the plane is safely on the ground and fully stopped.

According to flight-tracking service FlightAware, this particular DreamLifter has been shuttling between Kansas and Italy, where the center fuselage section and part of the tail of the 787 are made.

Although rare, landings by large aircraft at smaller airports have happened from time to time.