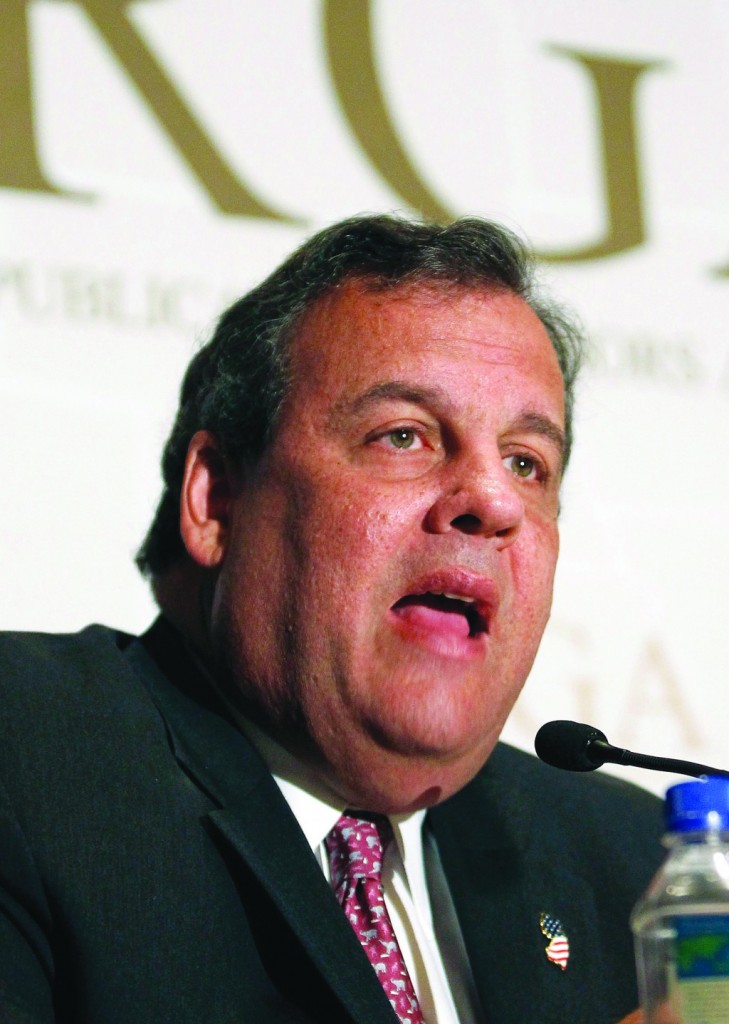 Christie was elected chairman of the Republican Governors Association on Thursday, a perch that will allow him to travel the country in support of GOP governors and candidates and raise money for the party throughout 2014. He dismissed any talk of a 2016 presidential campaign, saying the task of competing in 36 governors’ races was top priority.

“My job is to go out there and elect and re-elect Republican governors, and that is going to be my sole focus over the next 11 months,” Christie told reporters Thursday. He said Republican leaders “start thinking about 2016 at our own peril, or worse, at the peril of our own colleagues.”

Leading the organization has long been a steppingstone to a national campaign. Former governors Mitt Romney of Massachusetts and Rick Perry of Texas led the RGA before running for president, and the group was once run by Ronald Reagan while he served as governor of California.

Christie also met Westchester County Executive Robert Astorino for an hour behind closed doors. Astorino, who won an easy reelection this month in a Democratic leaning county, is considering a run against Democratic Gov. Andrew Cuomo.

During a four-day annual conference, Republicans heaped praise on Christie’s record and said he would help the party defend 22 seats currently held by Republicans next year.

“People like him, and he’s got one other thing going for him — it’s called celebrity,” said Ohio Gov. John Kasich on Wednesday. “So he will draw crowds and he will be effective at raising money, I have no doubt.”

Christie has already booked political events in Vermont, Idaho and Oklahoma next month, and many of the states he’ll be defending figure prominently in future presidential prospects. But White House talk can wait.

“[The year] 2016 is a long way away and I’m two weeks out of a campaign,” Christie said. “I’m not looking to start speculating about other campaigns already. I’ve got 2014 to deal with — that’s what we’re going to deal with.”