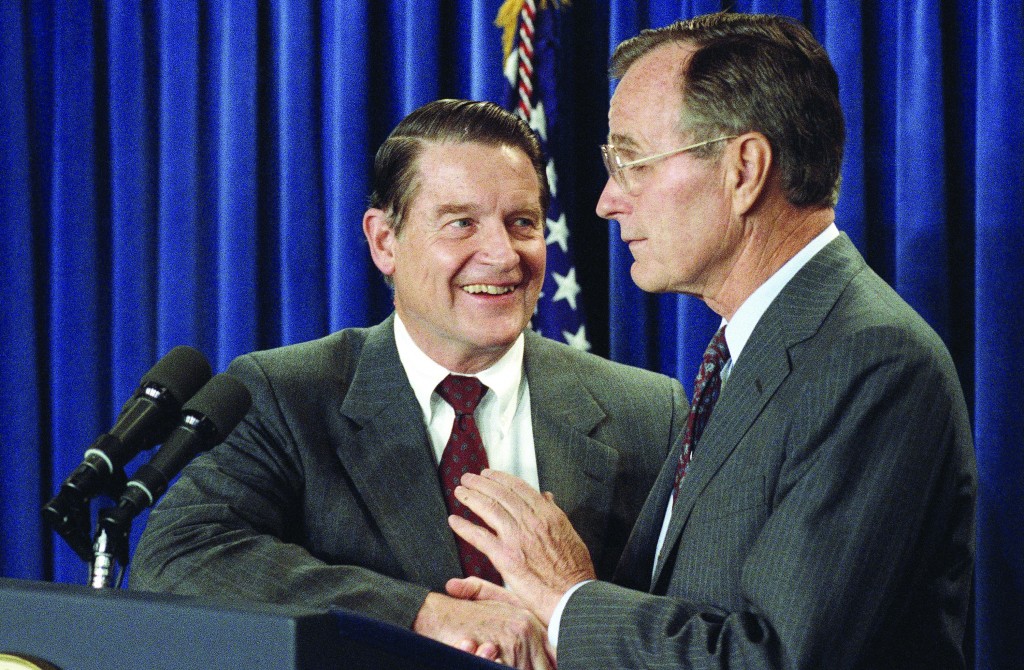 As Jonathan Pollard marked the 28th anniversary of his arrest on Thursday, former head of the Federal Bureau of Investigation William Webster stated that he would no longer oppose Pollard’s release from prison.

In an exclusive interview with The Jerusalem Post, Webster, who was FBI director at the time of Pollard’s arrest on charges of spying for Israel, said that he had been duly punished for his crime and that now “compassion is in order.”

Webster said he participated in Pollard’s apprehension and prosecution. “My job was to find spies,” he said. “At that point we did what we needed to do with the prosecution, the judge sentenced him, and he’s been incarcerated for a long time.”

Webster explained why he had waited until now to join other former officials who have supported Pollard’s release, including former CIA head James Woolsey, former national security adviser Robert McFarlane, and former secretaries of state George Schultz and Henry Kissinger:

“I declined to become involved because I felt I had done my job,” he said. “In those early days, [the effort] was too much of a reach, and it was unsuccessful.

“As time went along, the efforts on his behalf ceased to be a defense of him. Rather, they became a recognition that he committed a serious crime and was punished. The consideration became whether he had served a sufficient length of time. [He started seeking] not a pardon but a commutation of his sentence.”

When asked what he would tell President Obama if he asked him whether to commute Pollard’s sentence, Webster said: “I recognize the length of time he has served for his offense, and if you are asking me if I would do anything to oppose it if the president was interested in commutation, the answer is no, I would not.”

Asked why, he said: “My reason is that there are circumstances where compassion is in order. That can be tested against sentences that have been meted out to others with as serious offenses. All those are matters of judgment that can be made on their own individual facts, but there is nothing there that would lead me to oppose the exercise of commutation.”

“Judge Webster has a history unlike any other person as being the head of the FBI and CIA, besides being a judge. His voice carries extraordinary weight in favor of Pollard’s release. The president’s continued failure to release Pollard is hurting his standing with the American Jewish community and the people of Israel. With the stroke of a pen, this can change,” he said.