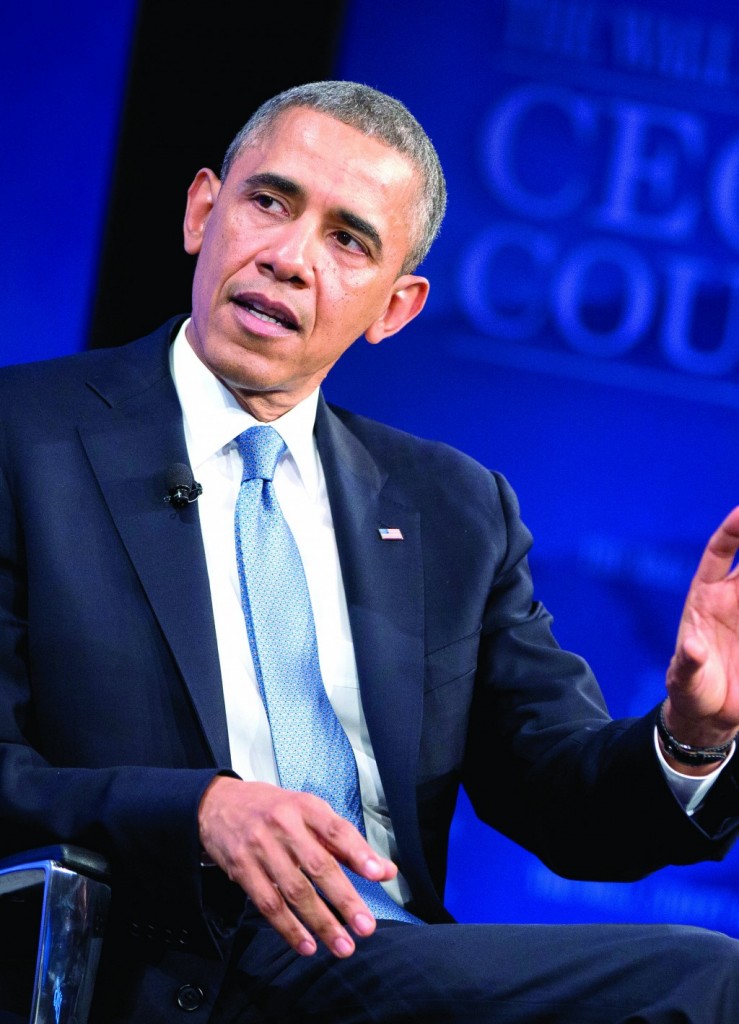 On the eve of new talks, President Barack Obama is plunging ahead in search of a nuclear agreement with Iran despite outright opposition from American allies in the Middle East and deep skepticism, if not open hostility, from Congress.

Iran is pressing ahead in its own way, trying to make a deal more likely to ease painful economic sanctions without losing its own hardliners at home.

Obama’s willingness to embrace a pact that falls short of U.N. Security Council demands for Iran to halt uranium enrichment has pushed his administration’s already contentious relationship with Israel to the brink, strained ties with Gulf Arab states and exacerbated tensions with lawmakers on both sides of the political aisle in Washington.

Although everyone claims to have the same goal — preventing Iran from developing atomic weapons — the rancorous, public disagreement over how to achieve it has driven a wedge between the administration and those whom the administration insists will benefit most from a deal.

Opponents say Iran is getting too much in the way of sanctions relief for too little in the way of concessions. And, they argue, Iran just can’t be trusted. Obama and his national security team counter that the risk is worth taking. The alternative, they say, is a path to war that no one wants.

There was a fresh sign of efforts to make headway as negotiators from Iran, the five permanent members of the Security Council and Germany prepared for Wednesday’s new round of talks in Geneva. British Prime Minister David Cameron contacted Iranian President Hassan Rouhani in the first such conversation between the leaders of the two countries in more than a decade.

Cameron’s office said the leaders agreed during their telephone conversation that significant progress had been made in recent talks and that it was important to “seize the opportunity” in this week’s new negotiations.

In the run-up to the new talks, Iranian President Hassan Rouhani conceded a longstanding demand that Iran’s right to enrich uranium must be recognized in any deal, and that incited opposition from hardliners in the his country. Also, speaking to reporters in Rome while en route to the negotiations, Iranian Foreign Minister Javid Zarif accused Israel of trying to “torpedo” a possible agreement.

Yet most signs seemed to be pointing to a deal coming together before or over the weekend.

Obama, along with Secretary of State John Kerry and National Security Adviser Susan Rice, personally appealed to senators in a White House meeting to hold off on seeking additional sanctions in order to test Iran’s seriousness in addressing concerns it is trying to develop nuclear weapons.

“We have the opportunity to halt the progress of the Iranian program and roll it back in key respects, while testing whether a comprehensive resolution can be achieved,” the White House said in a statement after the two-hour meeting Tuesday. It said if there is not an initial agreement, Iran will keep making progress on increasing enrichment capacity, growing its stockpiles of enriched uranium, installing new centrifuges and developing a plutonium reactor in the city of Arak.

White House press secretary Jay Carney said Obama told the senators that new sanctions would be most effective as a consequence if Iran refused to accept the deal now on the table or agreed and then failed to comply. And the president rejected reports that Iran would receive $40 billion or $50 billion in sanctions relief.

“Part of the reason I have confidence that the sanctions don’t fall apart is because we’re not doing anything around the most powerful sanctions,” Obama said later at an event sponsored by The Wall Street Journal.

Some in Congress, however, appeared unconvinced.

Sen. Bob Corker (R-Tenn.), who attended the White House meeting, said some lawmakers want to be able to at least announce new sanctions proposals in the coming days. Senate Majority leader Harry Reid, who spoke to Obama last week, used a procedural maneuver Monday to control amendments to a defense bill, including those for Iran sanctions. That gives the U.S. negotiating team in Geneva at least some flexibility.

“We are concerned that the interim agreement would require us to make significant concessions before we see Iran demonstrably commit to moving away from developing a nuclear weapons capability,” the senators wrote. “We feel strongly that any easing of sanctions along the lines that [the negotiators are] reportedly considering should require Iran to roll back its nuclear program more significantly than now envisioned.”

Foreign Minister Zarif’s public dropping of Iran’s insistence that the six world powers acknowledge his nation’s right to enrich uranium opens a way to sidestep that dispute and focus on more practical steps both sides can agree on.

Tehran’s right of enrichment remains “nonnegotiable,” Zarif was quoted as saying by the semi-official ISNA news agency on Sunday. “But [we] see no necessity for its recognition as a right.”

On Tuesday, Zarif in a broadcast urged world powers to choose the “way forward” toward a nuclear deal. He also said his country’s atomic program was a centerpiece of its future energy policies and a source of national dignity.

“We expect and demand respect for our dignity,” Zarif said in a measured voice on the broadcast, which opened with soothing piano notes. “For us Iranians, nuclear energy is not about joining a club or threatening others. Nuclear energy is about a leap, a jump toward deciding our own destiny rather than allowing others to decide for us.”

Enrichment is a crucial issue because it can be used both to make reactor fuel and to arm nuclear missiles. Iran argues it is enriching only for power and scientific and medical purposes. And it says it has no interest in nuclear arms. But Washington and its allies point to Tehran’s earlier efforts to hide enrichment and allege it worked on developing such weapons.

Even if squabbling over the right to enrich is put aside for now, other differences may remain in the way to an initial agreement that freezes Iran’s nuclear program in exchange for some relief of sanctions crippling Tehran’s economy.

As a first step, the six want limits on Iran’s overall capacity to enrich and a total stop to enrichment at a level that might be used to produce weapons-grade uranium more quickly. They also seek more rigorous international monitoring of Iran’s nuclear facilities and a formula that eases international concerns about a reactor now under construction that will produce plutonium, which also can be used to arm a bomb.

Reflecting deepening rifts in Tehran, the semiofficial Mehr news agency said Tuesday that some Iranian parliamentarians are working to block the government from agreeing to such concessions. And hundreds of Iranians, including university students and members of the country’s Jewish community rallied Tuesday in support of the country’s nuclear program.