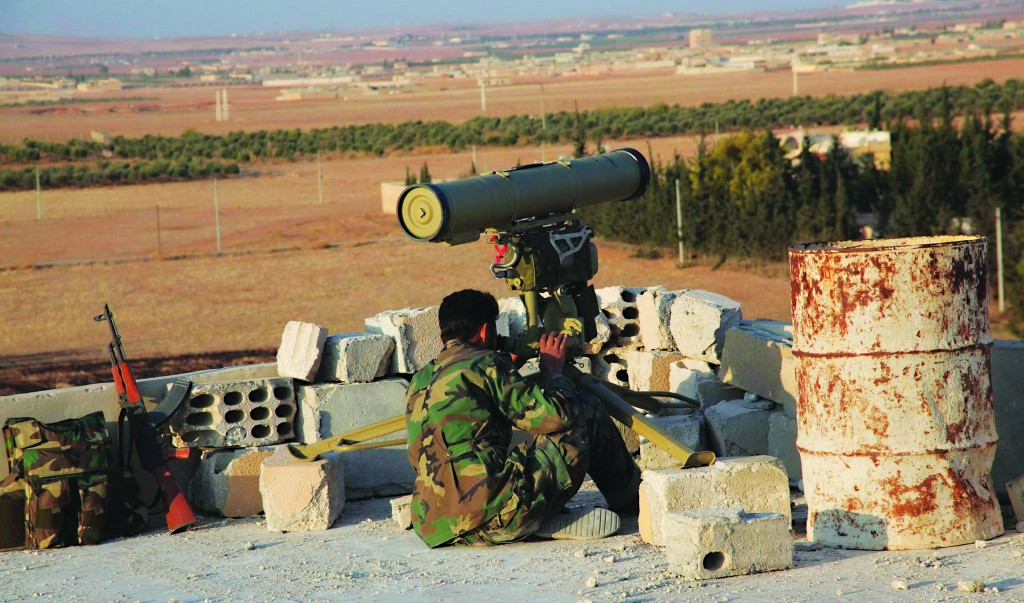 President Bashar al-Assad’s forces fired rocket and artillery barrages on a besieged mountain town near Lebanon on Monday in a push to capture the strategic area following advances against rebels in Damascus and in the north of Syria.

In a separate setback for the fighters, a prominent rebel leader died overnight in a Turkish hospital of wounds suffered in an air raid on Aleppo. Abdelqader Saleh, head of the Qatar-backed Sunni Islamist al-Tawhid Brigades, had been working on regrouping fighters in Aleppo before he was killed.

Heavy bombardments hit Qara, 50 miles north of Damascus in the Qalamoun mountains, as rebels hid in the rocky terrain, refugees and opposition activists said. Located near the highway linking the capital to Aleppo, Syria’s biggest city, the region has been used by rebels to cross from Lebanon.

The Danish Refugee Council, which operates on the Lebanese frontier, said there were preliminary estimates that 10,000 to 12,000 Syrians had fled the bombardment since Friday. Hundreds of them lined up for shelter in bleak winter rain in the Lebanese border town of Arsal on Monday.

Imposing control over the area would help link Damascus with the Mediterranean coast, potentially an important route for chemical weapons to be removed from Syria under an October deal that was forged to prevent a U.S. attack.

Diplomats have identified the road as the preferred route for the chemical arms, which pose an unprecedented challenge to dismantle in the midst of an all-out civil war.

Assad’s forces have been on the offensive this year after setbacks in the conflict begun in 2011 that has so far killed 100,000. His troops have made further gains and his diplomatic position has improved markedly in the weeks since the Russian-U.S. chemical weapons deal.