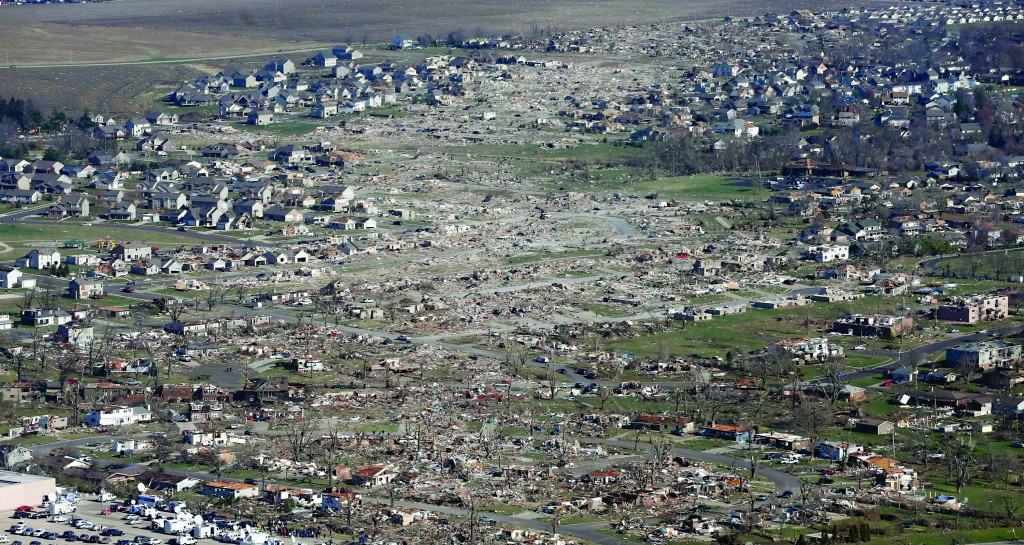 When a cluster of violent thunderstorms began marching across the Midwest, forecasters were able to draw a bright line on a map showing where the worst of the weather would go.

Their highly accurate predictions — combined with media warnings, text-message alerts and storm sirens — almost certainly saved lives as rare late-season tornadoes dropped out of a dark autumn sky. Although the storms howled through 12 states and flattened entire neighborhoods within a matter of minutes, the number of dead stood at just eight.

The tornado cut a path about one-eighth of a mile wide from one side of Washington to the other and damaged or destroyed as many as 500 homes. The heavy weather also battered parts of Michigan, Wisconsin, Iowa, Missouri, Indiana, Ohio, Kentucky, Tennessee, West Virginia, Pennsylvania and western New York.

In the last decade alone, forecasters have doubled the number of days in advance that weather experts can anticipate major storms, said Bill Bunting of the National Weather Service.

But Bunting, the forecast operations chief of the service’s Storm Prediction Center in Norman, Okla. said it was not until Saturday that the atmospheric instability that turns smaller storm system into larger, more menacing ones came into focus.

That’s when information from weather stations, weather balloons, satellite imagery and radar suggested there was more than enough moisture — fuel for storms — making its way northeast from the Gulf of Mexico.

Despite Sunday’s destruction, 2013 has been a relatively mild year for twisters in the U.S., with the number of twisters running at or near record lows.