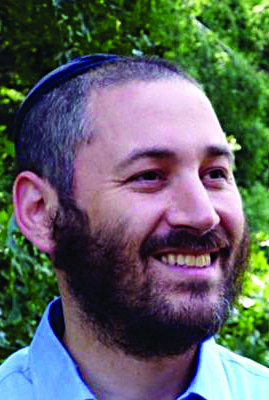 The firing of an Orthodox Jewish police officer because of his refusal to cut his beard was discriminatory and unconstitutional, a federal judge ruled Friday, paving the way for Fishel Litzman’s reinstatement to the NYPD and bringing a two-year legal saga to an end.

A police spokesman said they are “considering” their options and may appeal the decision they say places cops in danger.

Litzman, a religious Jew from Monsey said he had always wanted to be a police officer. Although he lives in Rockland County, NYPD rules permit cops to live within two counties adjoining the city.

So two months shy of the age limit of 35, he applied for the job, writing explicitly to the police academy that he was religiously prohibited from cutting his beard.

The academy replied, encouraging him to apply and saying that his beard would not be an impediment to becoming a police officer. They added ambiguously that “in the event you become a police officer, we’ll talk to you then.”

Approximately 7 percent of all applicants are accepted at the end of the rigorous four-year regimen. Litzman had only a month to graduation in June 2012 when he was ousted from the police program.

Police claimed that any facial hair longer than 1 millimeter prevents one from fitting a gas mask properly, but Litzman’s attorney, Nathan Lewin, argued that the city came up with their contention after the fact.

Lewin, who has made a reputation for himself over a 40-year career for arguing religious discrimination cases, said they were going to ask that his client be reinstated as a cop.

“We hope this is the beginning of the end of the [NYPD’s] refusal to grant full religious accommodations to applicants who may not, for religious reasons, trim their beards,” he said in a statement.

In his ruling, Baer said he would not litigate the NYPD’s claim of “undue hardship” if an officer could not wear a gas mask tightly, only Litzman’s claim that the 1-millimeter rule had never before been enforced. He found that the NYPD could not provide documentation that it was an official rule.

Litzman, a 39-year-old father of five, has resumed his work as a paramedic for the Monsey and Monroe Hatzolah since he was removed from the police academy,