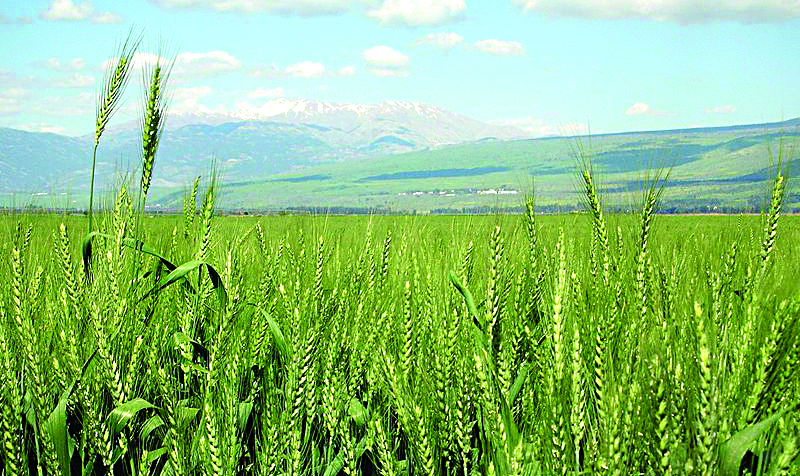 Kaiima Bio-Agritech, a Galil-based enterprise that aims to boost global crop yields without the aid of genetic modification, says it will sow its first commercial seeds within three years.

Based at Moshav Sarona near Teveriah, the seed technology firm says it has developed a way to greatly speed up the multiplication of the genome of crops, known as genome doubling, without changing their DNA or genetic fingerprint. It is, they say, as if a piece of string were thickened into a rope by adding more fibers of the same material, making it stronger and more durable. In agriculture, it means enhancing seeds so that they produce more plentiful and robust crops.

Kaiima has kept secret how it has achieved its breakthrough and says it has filed a number of patents worldwide. Independent experts declined to comment on the work, saying they did not have enough details.

In a tour of Kaiima’s experimental crop fields in northern Israel, company officials displayed examples of what they said were crops improved by its new technique.

Kaiima CEO Doron Gal said that by 2050, farmers will need to meet the “daunting challenge” of producing 70 percent more food than they do currently to sustain a growing world population. Kaiima, whose name comes from the Hebrew word for sustainability, said that by 2016, it expects to be able to deliver the basis for producing seeds for enhanced wheat, corn and rice for food, and castor for biofuel and biopolymer production.

Genome doubling exists in nature, and scientists have been trying to speed up the process since the 1940s but have not been able to avoid damage to a crop’s core characteristics. Gal said Kaiima managed to achieve a crop’s stability by respecting the integrity of its original DNA. Kaiima expects that its technology will result in an initial 25-percent improvement in crop yields.