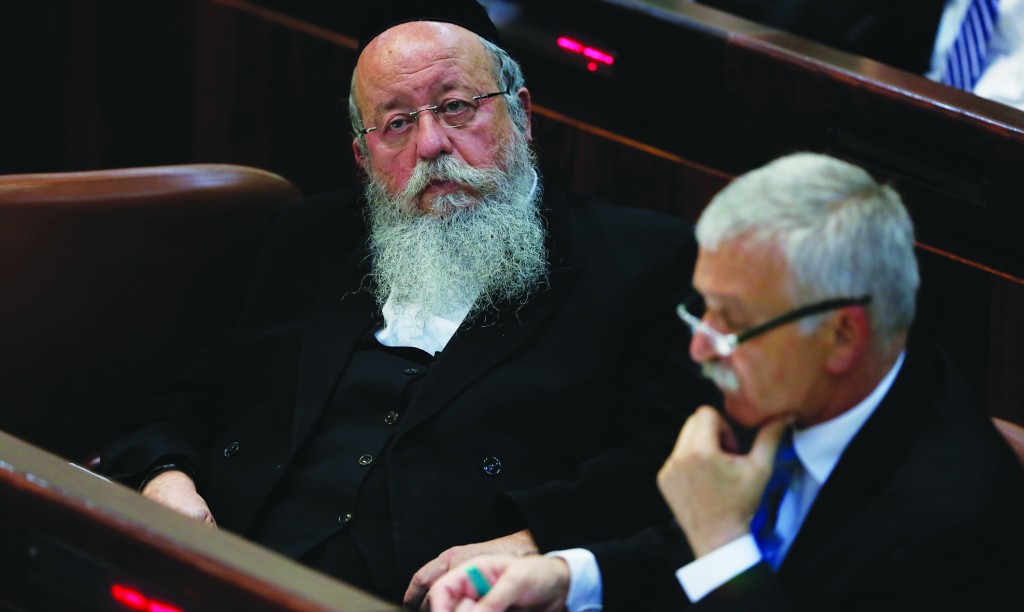 Rabbi Moses explained that his bill was inspired by the recently adopted legislation to open up marriage registration so that applicants can choose a rabbi anywhere in the country, regardless of their residence.

Ostensibly aimed at accommodating those who live far from the major cities and wish to marry, Rabbi Moses noted that it enables people to bypass their local rabbi, even though he is more likely to know the couple’s background than a rabbi from another city. In effect, the new scheme allows marriage applicants to evade careful halachic scrutiny, thus endangering the integrity of the Jewish family.

The UTJ MK’s bill would enable citizens to navigate Israeli bureacracy with less inconvenience. For example, someone who lives in Tel Aviv but works in Yerushalayim would no longer have to miss time from work in order to obtain or update a passport in Tel Aviv, where he resides.

Furthermore, administrators and accountants currently must travel all over the country to conduct business for the companies they represent. Files today are all computerized, and there is no logical reason these outmoded geographic restrictions can’t be done away with.

The bill was referred to the Ministerial Committee for Legislation for review.