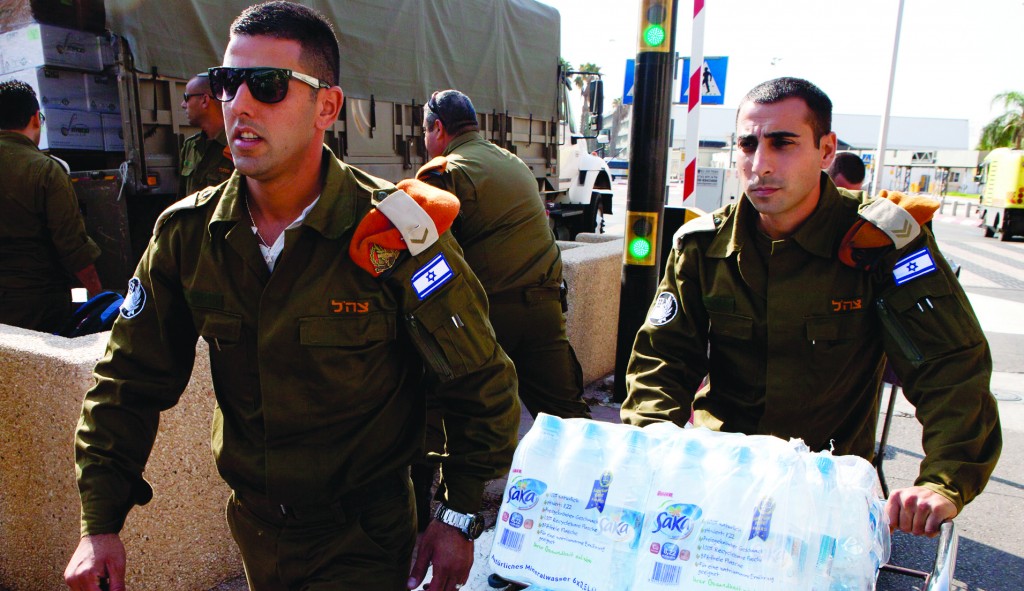 Israel is airlifting emergency aid to the typhoon-devastated Philippines, including a 147-strong team of search, rescue, and medical services, and 100 tons of humanitarian and medical supplies, The Jerusalem Post reported on Wednesday.

An advanced multi-department medical facility will be set up in Tacloban to provide medical care for disaster casualties. A six-member advance delegation of Home Front Command disaster relief experts were flown to Tacloban on Sunday to assess the population’s needs on the ground.

Prime Minister Binyamin Netanyahu sent a letter to President Aquino extending “heartfelt condolences to the families of those who lost their lives as a result of the horrific typhoon, and I send best wishes for a speedy recovery to those who were injured.

“I hope that Israel’s assistance will help alleviate the suffering of those affected by this terrible disaster.

“Our thoughts and prayers are with you and the Filipino people at this difficult time.”

In Israel, the large community of Filipino foreign workers launched a fundraising campaign for the victims and were looking for loved ones lost in the disaster.

Donation boxes were set up at Filipino-owned markets, travel agencies, and banks at the Central Bus Station in Tel Aviv on Tuesday, one of the community’s main gathering places in Israel.

The Philippine Embassy estimates that there are 31,000 Filipinos working and living in Israel, most of them employed as caregivers.