World Why the Philippines Wasn’t Ready for Typhoon Haiyan
World 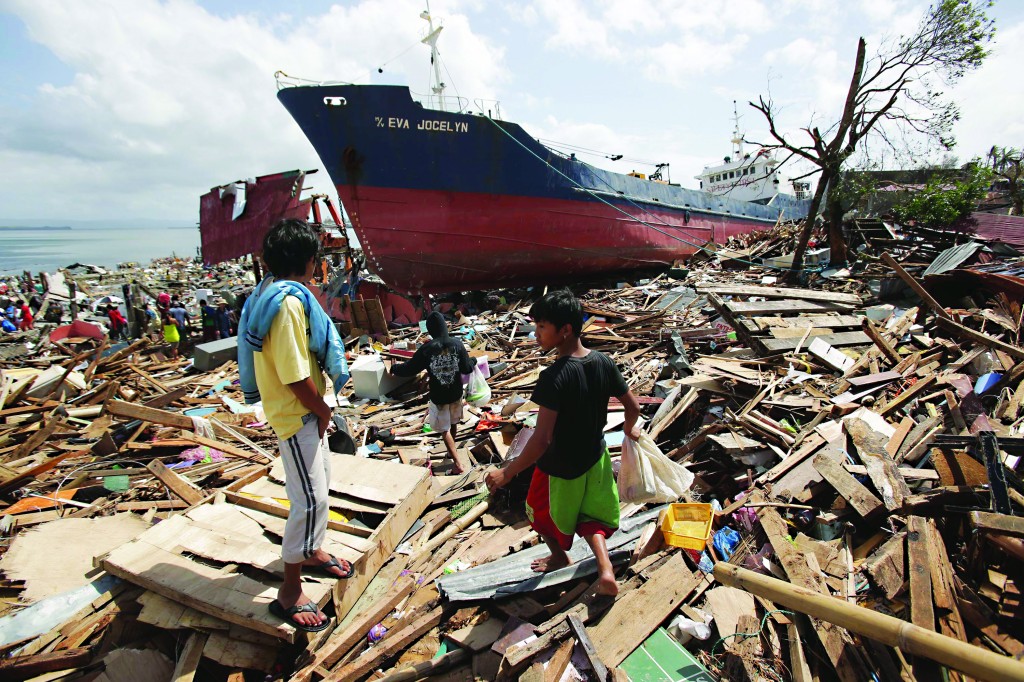 The typhoon that tore through the Philippines on Friday threw the country into such turmoil that, days later, public officials are reporting wildly different death tolls. The government disaster relief agency announced 229 killed, the army reported 942 and local officials in the devastated province of Leyte went as high as 10,000. But none are much more than estimates, given that emergency workers still can’t reach some of the worst-affected areas. By every indication, the Philippine government is doing all it can to respond. But the fact that its officials and agencies have not even come together on the death toll, much less a national effort to serve the hundreds of thousands reportedly displaced, highlights just how badly the country was caught off guard by the storm’s destruction.

Why wasn’t the Philippines more ready? About 20 tropical cyclones hit the country every year, making it practically a routine. The arrival of typhoon Haiyan was certainly no surprise. Yet supposedly storm-proof shelters were destroyed and foreseeably necessary relief efforts have failed to come together. The single most important factor may be that, quite simply, this storm was just too big; with winds well beyond 200 miles per hour and sea levels surging across coastal communities, no country could absorb it unharmed. But the Philippines seems to have been particularly ill-suited to deal with this crisis.

One of clearest explanations for the Philippines’ unpreparedness may, sadly, also be one of the most difficult to address: its poverty. The country is ranked 165th in the world by GDP per capita, just below the Republic of Congo. One result is that many homes are modestly constructed of light materials like wood. Another is that the government has fewer resources to invest in infrastructure that could resist natural disasters and be used for relief efforts. Three days after the storm, the devastated city of Tacloban remained almost inaccessible; aid workers said it took six hours to make the 14-mile round trip ferrying supplies between the airport and the city center. Officials warn that telecommunications and power could be offline for days, weeks or even months, slowing rescue efforts.

The Philippines’ challenges, though, go beyond just the size of the national treasury. After all, developing countries such as China often invest heavily in infrastructure, plowing money into such projects to spur economic growth. The Philippines’ political system, though, can make centralized governance difficult. Owing to the country’s remarkable diversity — more than 100 languages are spoken, including eight recognized regional languages — local and provincial governments can have a degree of autonomy. That helps with political stability, but it makes it tougher for the central government to push through big infrastructure development, or to organize a national response once disaster strikes. This may help explain why, as of Monday, the government had provided just three military transport planes to bring supplies in to Tacloban and to evacuate refugees, though the coastal city is the country’s hardest-hit.

The Philippine military is also struggling, in Tacloban and elsewhere, to simply establish order. Looting has gotten so bad so quickly that relief groups say their convoys have come under attack. This may be an extension of the country’s ongoing struggle with crime, which has grown so severe that the government was losing control of public order long before the storm hit. In a radio interview earlier this year, Interior Secretary Manuel Roxas II conceded, “I am, like everyone else, also alarmed that despite the measures taken by the Philippine National Police, including checkpoints and others, these criminals are trying to challenge the government.”

The apparent fear that the Philippine government would be unable to provide or police may be self-reinforcing, making criminals and non-criminals alike more likely to loot if they believe the state won’t come through. It may also help explain why a number of families in the worst-hit areas reportedly ignored the warnings and stayed in their homes. Reportedly, many feared that the state would be unable to protect their homes from looters, leading them to try to do it themselves.

Contrast the Philippines’ experience with typhoons to Japan’s, with earthquakes. For centuries, the country was nearly helpless against its regular quakes; more than 140,000 people were killed when one hit outside Tokyo in 1923. Today, the country is engineered practically from the ground up to withstand them. Large buildings are fortified with elaborate hydraulic systems; many homes are networked with alarms that sound in case of an offshore quake that could bring a tsunami. Civilians drill from early childhood on the proper response. When the 2011 quake hit, despite the damage, only 25 of the country’s 170 emergency response hospitals were knocked offline even temporarily. Because people felt they could count on the government to come through, nearly all civilians complied with evacuation orders and hardly any looted. Within two days, for all their failings at responding to the Fukushima nuclear crisis, Japanese officials had successfully evacuated half a million people and deployed 100,000 troops, 190 planes, 45 boats, 120,000 blankets, and 110,000 liters of gasoline.

In many ways, the preparedness gap between Japan and the Philippines does, unfortunately, come down to money. Infrastructure is expensive; so are national preparedness programs and the sort of military that can mobilize so widely and so quickly. But the difference also gets to more elusive factors, about a government’s power to not just deploy helicopters and clear roads but to earn its society’s trust and, at the right moments, its compliance.