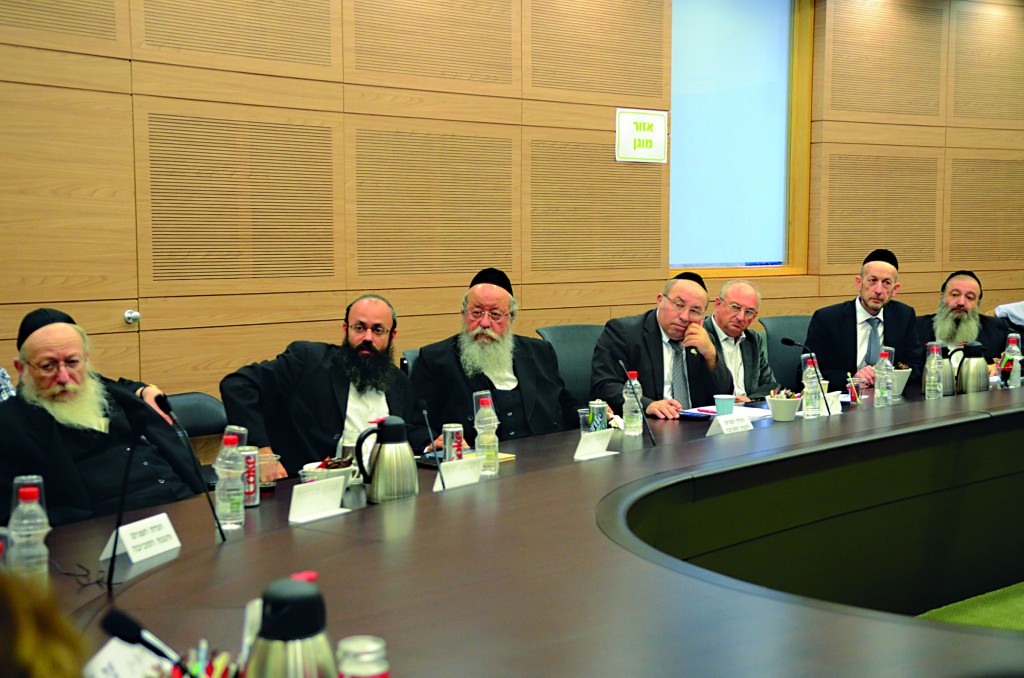 Some of the top police brass in Yerushalayim came under sharp attack today from nearly a dozen MK’s who participated in a special hearing convened by Mrs. Miri Regev (Likud), chair of the Knesset’s interior Committee, to deal with the ongoing poor security in the Har Hazeisim region. The hearing was convened at the behest of the International Committee on Har Hazeisim, whose chairman Avrohom Lubinsky, from Brooklyn, addressed the Committee. He criticized the police “for systematic neglect and derelict duty” in protecting visitors to the 3000-year-old holy cemetery.

Police officials were hard-pressed to explain why it had not fulfilled the mandate of stationing a platoon of 24 officers in the police sub-station that is just below the Seven Arches Hotel (formerly the Intercontinental Hotel). “At all times there are no more than two police officers sitting in the station and this is of course inadequate to police the sprawling mountain and its environs,” Mr. Lubinsky said. He said that the committee was promised a garrison of 24 officers over three shifts but the station is closed in the early evening. He cited examples of cars being stoned with large boulders and passengers being injured in the last five weeks. “Instead of police welcoming people to one of Judaism’s holiest sites,” said Lubinsky, “they are frequently greeted by large rocks that can kill.” He also cited examples of “a painfully slow police response even after attacks happen.”

MK Rabbi Eliezer Mozes (UTJ) said that he had personally been stoned in the area. “People are afraid to go daven on Har Hazeisim and also refrain from buying kevarim.” MK Avraham Michaeli (Shas) added: “Who would have believed that Har Hazeisim would become a dangerous place and people would be afraid. The police are abusing their power and this situation has to change.”

MK Yaakov Litzman (UTJ) asked the Knesset to put the security of Har Hazeisim at the head of its agenda “and we must also address the issue of transportation to the cemetery.” MK Uri Maklev (UTJ) called for the government to urgently establish a separate entity that would be concerned with Har Hazeisim. “If the grave desecrations and violence would have happened in Europe, we would have cried out in protest but when it happens in Yerushalayim we are silent,” he added. MK Yaakov Asher (UTJ) asked: “How can we treat Har Hazeisim, so holy to Jews, as just another cemetery.”

Rabbi Chaim Miller, noted activist and longtime member of the Jerusalem City Council warned: “If the police will not take the security of visitors to Har Hazeisim seriously, it may one day end up in a tragic casualty and then what? They will say they’re sorry!”

The response by police officials was inadequate and contradictory, leading Mrs. Regev to say: “I am angry at the response of the police. I am seriously considering freezing all new funding requests from the police until they solve the problem. I plan to speak to the Minister of Defense and others. I plan to bring order to Har Hazeisim.” She revealed that she would be checking on the police, and plans to take members of the Interior Committee on a tour of Har Hazeisim. She  will reconvene the committee to quiz the police again.