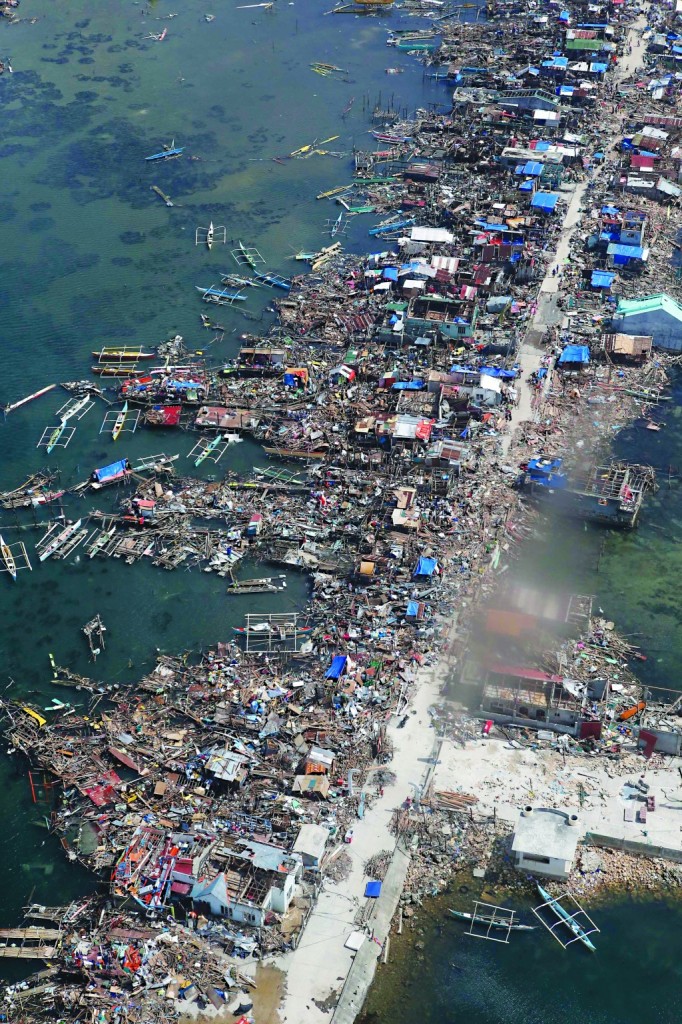 Under a reforming president, the Philippines emerged as a rising economic star in Asia, but the trail of death and destruction left by Typhoon Haiyan has highlighted a key weakness: patchy infrastructure after decades of neglect and corruption.

Authorities fear that the storm that tore through Leyte province in the country’s east has killed thousands. More than 600,000 people have been displaced. Low rates of insurance in the Philippines mean the disaster is likely to sap government finances, but analysts say it might not slow growth significantly because of the small role the affected region plays in the wider economy.

Haiyan’s devastation underlines the pressing need to spend more money to build hard assets such as more roads, ports and power lines — not only to improve living standards but also to better withstand the storms, earthquakes and other natural disasters that strike the country with numbing regularity.

The Philippines has the lowest percentage of paved roads when compared with neighbors Indonesia, Malaysia, Vietnam, Thailand and Singapore, according to data compiled by foreign business groups in the Philippines in 2010. It also had the worst scores in other key indicators such as fixed phone lines, households with power and electricity lost in transmission.

“It’s hard to prepare for the worst storm in the world,” said HSBC economist Trinh Nguyen. “But at the same time one of the issues now is there isn’t a way to access these places that are severely hit. The roads are not there.”

The Philippines is the country that’s most at risk to natural hazards, according to UK-based risk analysis firm Maplecroft. The country loses $1.6 billion dollars a year on average each year because of such disasters, according to the Asian Development Bank. Haiyan, likely the most powerful storm on record, was just one of 20 typhoons that hit the country each year and arrived as it was still recovering from a 7.2 magnitude quake in October that killed 220.

Despite the challenges posed by natural disasters, President Benigno Aquino III has managed to steer the economy into one of Asia’s fastest growing, raising hopes that millions would be pulled out of poverty. Quarterly growth has risen as high as 7.8 percent this year, outpacing China. Reflecting improved finances, Moody’s, Standard & Poor’s and Fitch have all given the country an investment grade credit rating, allowing the government to borrow money more cheaply for big projects.

Aquino, who took office in 2010 pledging to root out corruption and reduce poverty, launched an ambitious effort to improve the country’s infrastructure. He set a goal of boosting infrastructure spending to 5 percent of the economy by 2016. Aquino’s goal amounts to about $20 billion year, said John Forbes, an advisor to the American Chamber of Commerce.

“Targeting that, frankly even funding it is the easy part. Actually spending it is more of a challenge,” said John Forbes, a senior advisor to the American Chamber of Commerce.

Aquino’s plan included partnering with private companies on some projects. Out of 47 public works in that pipeline, only one is partly complete: a plan to build about 9,400 classrooms able to withstand earthquakes, typhoons and floods.

Progress has been slowed by efforts to eliminate corruption.

In 2011, Aquino scrapped or reconsidered $2 billion in foreign funded infrastructure projects that he said had inflated costs or technical problems.

They included a $430 million Belgian project to dredge a lake on the southern edge of Manila that involved moving silt from one section to another. Aquino also ordered the renegotiation of a $276 million French port building project and the restudy of a Chinese-financed rail line.

HSBC’s Nguyen said infrastructure investment is even more crucial given the Philippines rapid growth in population, which rose from 74 million in 1998 to 96 million today.

“When you have a lot of people coming into the labor force, coming into the population, you really need to increase your infrastructure funding. Added to this, there’s a lot of pressure from weather related challenges,” Nguyen said.

Analysts and officials say the disaster-struck region, one of the poorest in the Philippines and the only one that suffered shrinking economic output last year, contributes about 2 percent of the national economy.

“We can also turn this into an opportunity to improve land use planning” in communities exposed to storm surges and other natural hazards, said Emmanuel Esguerra, deputy director general of the National Economic and Development Authority.