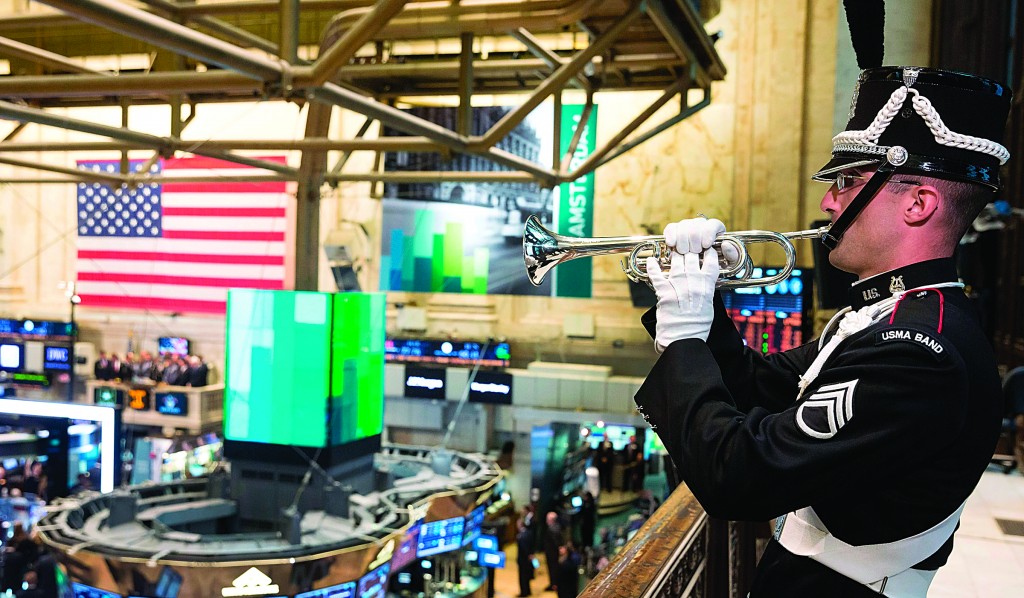 Families of people killed in the 2001 attacks on the World Trade Center, some shouting “Don’t forget 9/11,” carried a giant American flag along Fifth Avenue on Monday as part of New York City’s Veterans Day Parade, which organizers renamed America’s Parade.

“When I was first elected mayor, there was still smoke rising from the World Trade Center site,” Mayor Michael Bloomberg said at a pre-parade wreath-laying ceremony. “And that was a very difficult time, when men and women in the armed forces were stepping up to confront new threats to ensure our safety.”

For a Brooklyn family, the event served as a teaching moment.

“We’re celebrating all of the people who served in the military and survived,” said Christopher Lee, 8, standing behind police barricades for his first Veterans Day parade.

It was his mother’s idea to bring him and his 4-year-old sister. At home on the eve of the march, the family sat around the dinner table, talking about the meaning of the day.

“I realized they didn’t really get what Veterans Day was, or what a veteran was, so we spoke about what it meant to serve in a war — how important it was and how people lost their lives so others enjoy some freedoms,” said Raye McDavid, 43, an architect. I wanted the kids to see the parade at least once, to see who these people are.”

“They get really hurt,” he said, adding that he still remembers pain after getting hit in the face with a soccer ball. “And I know war is going to be worse than that, so I just don’t want to do that.”

Organizers called it the largest Veterans Day event in the nation.