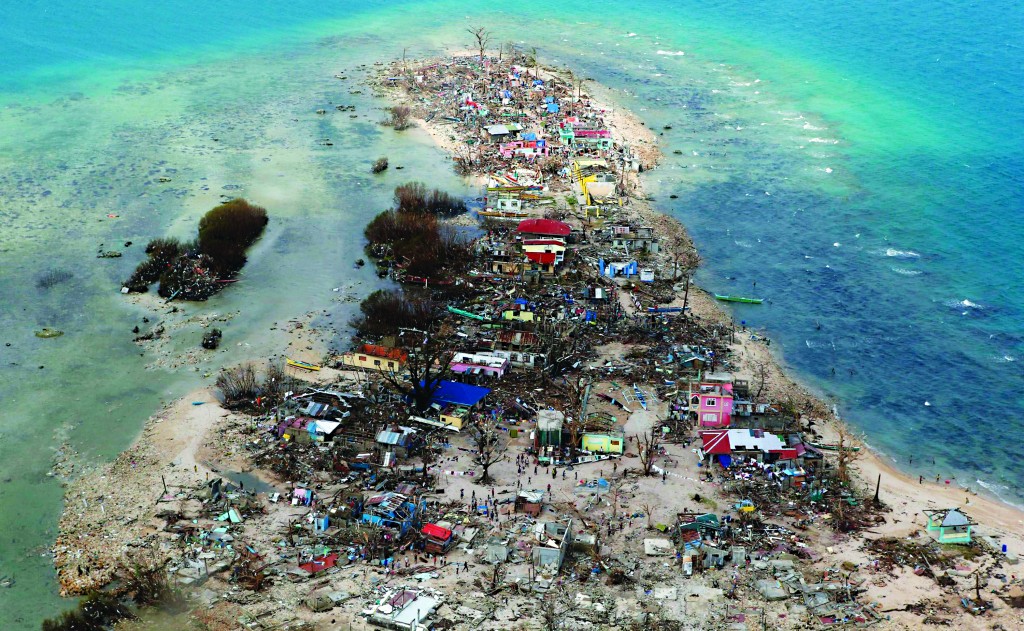 Rescue workers were trying to reach towns and villages in the central Philippines on Tuesday that were cut off by a powerful typhoon in an operation that could reveal the full extent of the loss of life and devastation from the disaster.

Officials in Tacloban, which bore the brunt of one of the strongest storms ever recorded when it slammed into the Philippines on Friday, have said the death toll could be 10,000 in their city alone.

Compounding the misery for survivors, a depression is due to bring rain to the central and southern Philippines on Tuesday, the weather bureau said.

“I think what worries us the most is that there are so many areas where we have no information from, and when we have this silence, it usually means the damage is even worse,” said Joseph Curry of the U.S. organization Catholic Relief Services.

The “sheer size of the emergency” in the wake of the typhoon was testing relief efforts, he told NBC on Monday, speaking from Manila.

John Ging, director of operations at the U.N. Office for the Coordination of Humanitarian Affairs, said “many places are strewn with dead bodies” that need to be buried quickly to prevent the outbreak of disease.

“We’re sadly expecting the worst as we get more and more access,” Ging, speaking to reporters at the United Nations in New York, said.

President Benigno Aquino declared a state of national calamity and deployed hundreds of soldiers in Tacloban to quell looting. Tacloban’s administration appeared to be in disarray as city and hospital workers focused on saving their own families and securing food.

Nevertheless, relief supplies were getting into the city four days after Typhoon Haiyan turned the once-vibrant port of 220,000 into a wasteland.

Aid trucks from the airport struggled to enter because of the stream of people and vehicles leaving on motorbikes, trucks or on foot.

Hundreds have left on cargo planes to the capital Manila or the second-largest city, Cebu, with many more sleeping overnight at the wrecked terminal building.

Reuters journalists traveled into the city on a government aid truck which was guarded by soldiers with assault rifles. “It’s risky,” said Jewel Ray Marcia, an army lieutenant. “People are angry. They are going out of their minds.”

International relief efforts have begun to accelerate, with dozens of countries and organizations pledging tens of millions. Operations have been hampered because roads, airports and bridges were destroyed or covered in wreckage by surging waves and winds of up to 235 mph.

About 660,000 people were displaced and many have no access to food, water or medicine, the United Nations said.

U.N. aid chief Valerie Amos, who is traveling to the Philippines, released $25 million for aid relief on Monday from the U.N. Central Emergency Response Fund.

Amos and the Philippine government are due to launch an appeal and action plan on Tuesday to deal with the disaster.

Aquino’s declaration of a state of national calamity will allow the government to use state funds for relief and to control prices. He said the government had set aside 18.7 billion pesos ($432.97 million) for rehabilitation.

In addition, the United States will send the USS George Washington to support relief efforts in the Philippines, a U.S. defense official told Reuters on Monday.

The aircraft carrier has been on a port visit to Hong Kong.

Rescuers have yet to reach remote parts of the coast, such as Guiuan, a town in eastern Samar province with a population of 40,000 that was largely destroyed.

The typhoon also leveled Basey, a seaside town in Samar province about 6 miles across a bay from Tacloban in Leyte province. About 2,000 people were missing in Basey, said the governor of Samar province.

The damage to the coconut- and rice-growing region was expected to surpass 3 billion pesos ($69 million), Citi Research said in a report, with “massive losses” for private property.

Residents of Tacloban, 360 miles southeast of Manila, told terrifying accounts of being swept away by a wall of water, from a city that had been hopelessly unprepared for a storm of this power.

Most of the damage and deaths were caused by waves that inundated towns, washed ships ashore and swept away villages in scenes reminiscent of the 2004 Indian Ocean tsunami.

Jean Mae Amande, 22, said she was washed several miles from her home by the surge of water. The current ripped her out to sea before pushing her back to shore where she was able to cling to a tree and grab a rope thrown from a boat.

“It’s a miracle that the ship was there,” Amande said.