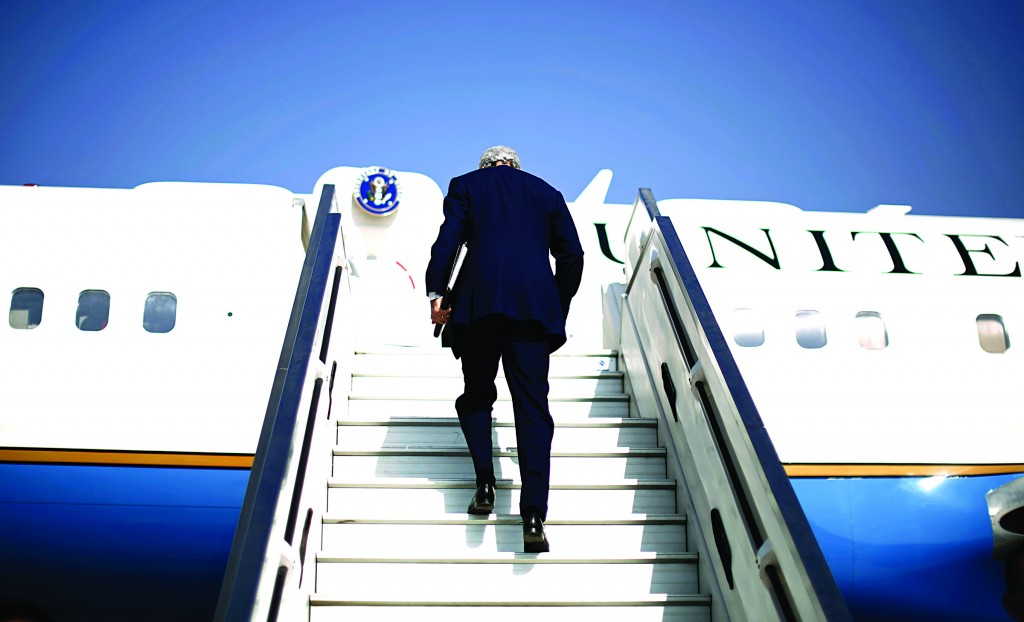 As the United States and its allies veered away from a nearly concluded deal with Iran over its nuclear program, it emerged that Israeli Prime Minister Binyamin Netanyahu had been conducting an intensive personal lobbying campaign with world leaders against what he characterized as “a very bad deal.”

Netanyahu informed the Cabinet at its weekly meeting Sunday that he had been on the phone with President Barack Obama, as well as with Russian President Vladimir Putin, British Prime Minister David Cameron and German Chancellor Angela Merkel, in an all-out effort to dissuade them from signing an agreement that smacked of appeasement.

“I told them that according to the information reaching Israel, the deal that appears to be in the offing is bad and dangerous,” said Netanyahu, “not just for us but also for them. I suggested that they wait and give it serious consideration, and it’s good that that is indeed what was decided. We will do everything we can to convince the leaders not to reach a bad agreement.

“I asked all the leaders, ‘What’s the rush?’” Netanyahu said. “I requested they wait.”

Netanyahu also spoke with French President Francois Hollande, whose country led the opposition to the draft agreement with Iran. Hollande is scheduled to visit Israel on November 17. Netanyahu is due to visit Moscow on November 20, the day of the next round of Iran talks in Geneva.

A delegation of high-ranking U.S. officials arrived in Yerushalayim on Sunday to update the Netanyahu government on the weekend talks. The delegation was led by Wendy Sherman, the U.S. undersecretary for political affairs, who heads the U.S. team in Geneva.

Speaking on NBC on Sunday, U.S. Secretary of State John Kerry bristled over incessant Israeli criticism of American eagerness to sign a deal with Iran for little in return.

“We are not blind, and I don’t think we’re stupid. I think we have a pretty strong sense of how to measure whether or not we are acting in the interests of our country and of the globe,” Kerry said.

Netanyahu and Kerry had what was described by Reuters as a tense meeting on Friday in Yerushalayim.

Afterward, Netanyahu said Iran would be getting “the deal of the century” if it were granted limited, temporary sanctions relief in exchange for a partial suspension of its nuclear program but with the right to continue enriching uranium, giving it the potential for a nuclear arms “breakout.”

“A good agreement means an accord that reduces or totally dismantles Iran’s ability to arm itself with nuclear weapons or to prepare and produce material for a nuclear weapon,” he said on Sunday.

“A bad agreement leaves this capability in place and takes the air out of the sanctions. I hope they will reach a good agreement, and we will do everything in our power to convince the powers and the leaders to avoid a bad agreement.”

Minister of Strategic Affairs Yuval Steinitz, who was in Washington over the past few days, indicated that Israel had been misled by the Americans about what to expect from them in the Geneva summit.

“They told us different things in Washington, changed direction when they got to Geneva,” he reported to the government ministers.

Steinitz explained that according to the near-deal with Iran that wasn’t signed on Friday, the Iranians would have gained an easing of sanctions while at the same time obtaining Western acquiescence to its uranium enrichment and heavy water programs, both of which were banned by the United Nations Security Council.

A senior diplomatic source in Yerushalayim confided to Hamodia, “It is disappointing to see how the world’s most powerful nation conducts relations with its close ally, saying one thing and then doing another.”

He said that senior members of the American government had promised Israel that any easing in the sanctions at this time would be minor and would be acceptable to Israel. Furthermore, they would not agree to Iran’s enrichment of uranium to 20 percent and would insist that the centrifuges stop operating and that the heavy water program in Iraq be canceled.

In the end, very little of those stipulations remained, he said.