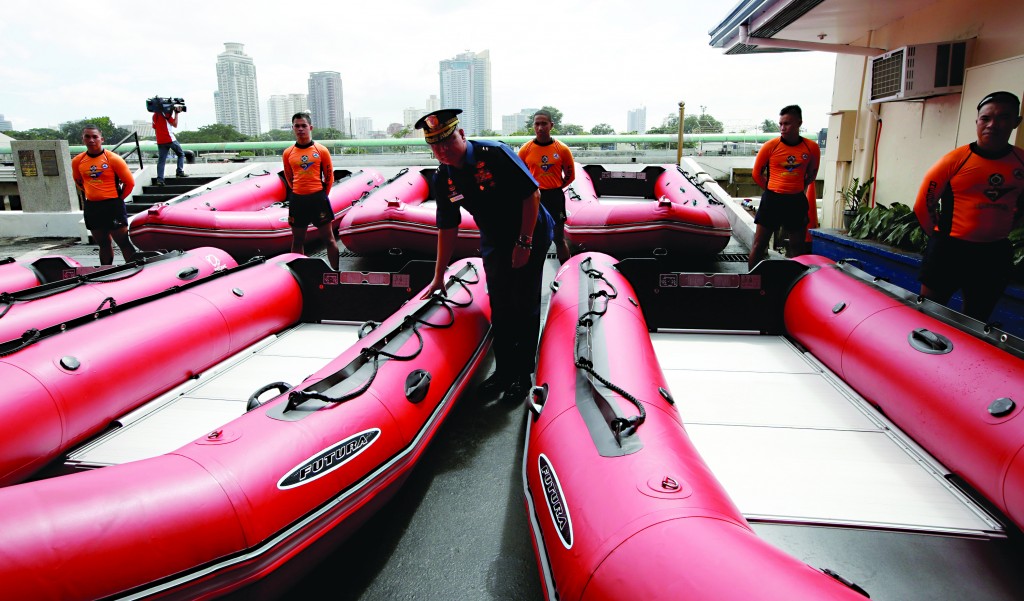 Thousands of people fled from coastal communities and areas prone to landslides in the eastern Philippines on Thursday, as the country prepared for what was expected to be the worst typhoon to hit this year.

School classes, commerce and government work were suspended in provinces expected to bear the brunt of Typhoon Haiyan. The U.S. Navy’s Joint Typhoon Warning Center in Hawaii shortly before landfall said Typhoon Haiyan’s maximum sustained winds were 195 mph, with gusts up to 235 mph. The local weather bureau had a lower reading, saying the storm’s speed at landfall had sustained winds at 145 miles per hour, with gusts of 170.88 mph. The bureau takes measures based on longer periods of time.

Domestic flights and sea travel in the eastern and central Philippines were disrupted.

“The priority was to evacuate communities along shorelines and areas that are prone to floods and landslides,” he said.

President Benigno Aquino urged the public to cooperate with the authorities to minimize the impact of Haiyan, which was stronger than Typhoon Bopha that left more than 1,800 people dead or missing in 2012.

“Aside from the strong winds, rain, overflowing rivers and the possibility of mudflows, we are also monitoring the threat of storm surges in more than 100 areas,” he said in a media address.

“The waves could reach up to five or six meters in these areas.”

He said the military has placed aircraft and ships on standby to respond to emergencies.

The weather bureau raised storm signal warnings, including in Eastern Samar, where Haiyan was expected to make landfall. Five of the eastern provinces were under the highest storm warning.

Del Rosario urged the public to postpone travel for the next two days, noting that Haiyan would be out of the country by Saturday.

Among the areas expected to be battered is Bohol province, which was struck by a big earthquake on October 15 that killed 222 and left nearly 400,000 homeless.