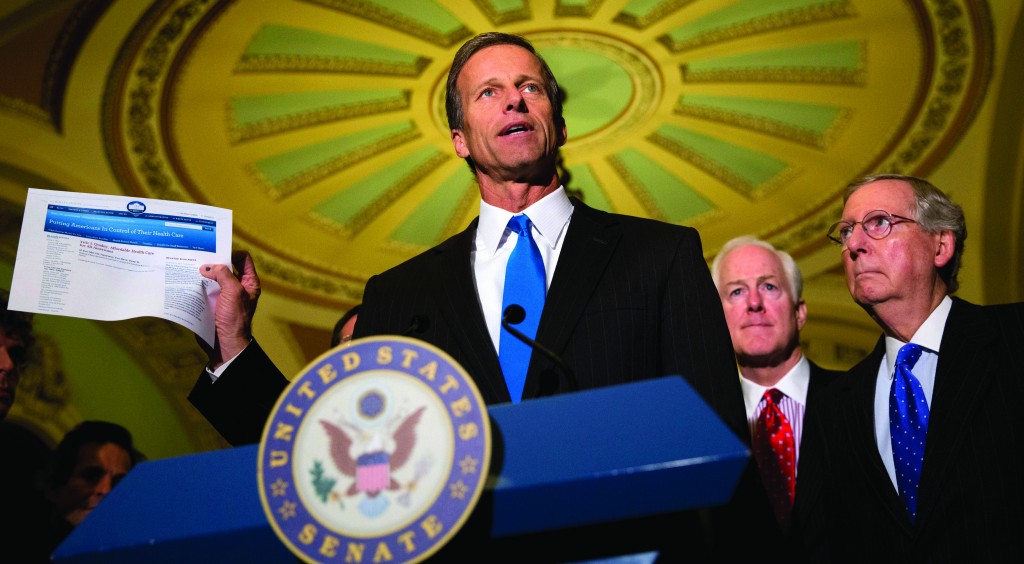 Prodded to be more candid with Congress, Health and Human Services Secretary Kathleen Sebelius said Wednesday the administration’s flawed health care website needed a couple of hundred fixes when it went online more than a month ago and conceded, “we’re not there yet” in making all needed repairs.

At the same time, she turned aside any suggestion that the system be taken off line until it could be fixed fully. Doing so “wouldn’t delay people’s cancer or diabetes or Parkinson’s” disease, she told the Senate Finance Committee.

Sen. Max Baucus, D-Mont., and the panel’s chairman, said Sebelius must be “candidly, fully totally” forthcoming with Congress about the repair effort, “so that we don’t wake up at the end of November and find out we’re not there yet.” He referred to the administration’s goal for completing the repairs.

“While I am glad that you are accepting responsibility for this disastrous rollout, I would have preferred that you and the rest of the administration were honest with us to begin with,” he said.

But Sen. Pat Roberts of Kansas, who faces a tea party-backed challenger in 2014, was harsher still. “You have said the American people should hold you accountable, which is why today I repeat my request for you to resign.”

Sebelius, a former governor of the state Roberts represents, sat impassively as he spoke.

Despite the website’s well-chronicled woes, Sebelius said it has improved dramatically since the administration launched its repair effort. Echoing testimony delivered on Monday by another administration official to a different committee, she said it is now able to process nearly 17,000 registrations an hour, with almost no errors.

She said a punch list drawn up by Jeff Zients, who was brought in to oversee repairs, contained “a couple of hundred functional fixes that have been identified and they are in priority grouping.”

While progress has been made, “we’re not where we need to be. It’s a pretty aggressive schedule,” she said.

One Democrat, Sen. Bill Nelson of Florida, urged Sebelius to make sure contractors who built the faulty website are held accountable. “I want you to burn their fingers and make ‘em pay for not being responsible and producing a product that all of us can be proud,” he said.

Republicans focused increasingly on issues of security, cost and coverage cancellations rather than the website, which Hatch said he assumed would be fixed.

Sebelius and Sen. Mike Crapo sparred after the Idaho Republican said many individuals will face far higher premiums next year when the program is in effect than they currently do.

The HHS secretary responded that the prices that insurance companies are charging are 16 percent lower than the Congressional Budget Office estimated. Crapo asked if she was saying prices would fall in 2014 compared to this year, and she conceded she was not. At the same time, she said that for the first time, the law will provide millions of Americans with government assistance in paying for insurance.

To the chagrin of increasingly nervous Democrats, Republicans are also on the attack about the millions of Americans whose health insurers have told them their current policies are being canceled. Obama has said that people who liked their coverage would be able to keep it.

Sen. John Cornyn, R-Texas, peppered Sebelius with questions about President Barack Obama oft-stated pledge that anyone who likes their coverage will be able to keep it – a promise the administration no longer makes.

Asked if that was an accurate statement, Sebelius declined Cornyn’s request for a yes or no answer.

Insurers are sending cancellation notices to customers whose current policies lack enough coverage to meet the law’s more demanding standards — at least 3.5 million Americans, according to an Associated Press survey of states.

The Obama administration has said people facing cancellations will be able to find better coverage from their current insurance company or on state or federal exchanges where competing policies are being offered.

Lawmakers of both parties have introduced rival bills that would let people retain their existing health insurance policies. But administration officials refused to state their views Tuesday on those proposals.