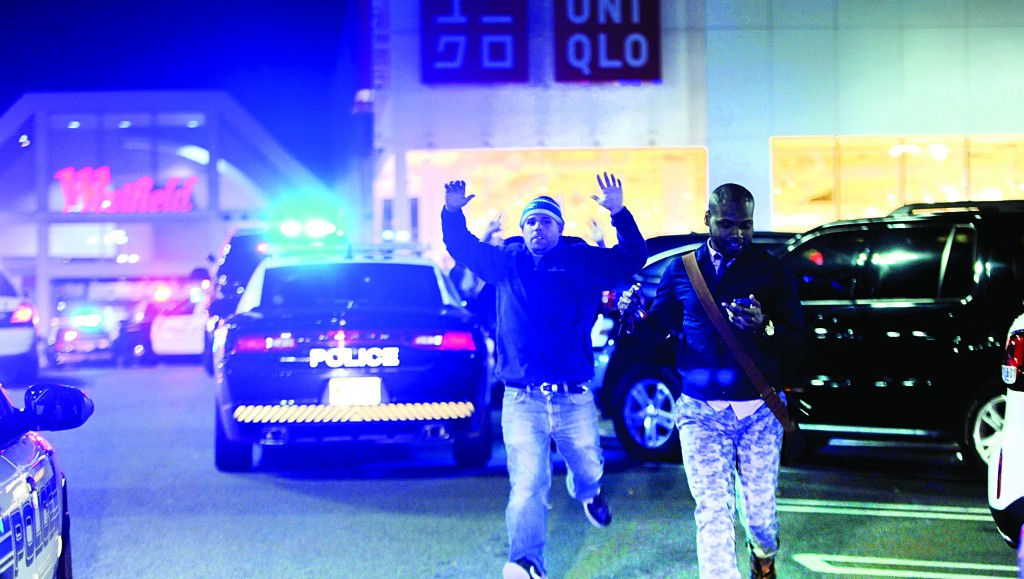 Relatives and friends of a young man who fired shots in New Jersey’s largest mall, trapping terrified shoppers for hours before killing himself, struggled Tuesday to reconcile those actions with a person they described as pleasant and well-liked.

Investigators don’t believe that the gunman, identified as 20-year-old Richard Shoop, intended to shoot anyone when he began firing at the ceiling and elsewhere at the Garden State Plaza in Paramus, shortly before the mall’s closed Monday night. There were no other injuries. 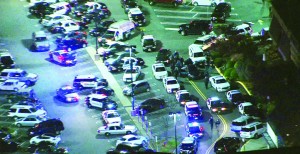 “We think he went in with the intent that he was not going to come out alive,” Bergen County Prosecutor John Molinelli said.

News of Shoop’s suicide stunned friends and relatives. As recently as last week, Shoop had spoken about a potential new job and seemed especially happy about it, according to a woman who said she had known him since they were little.

The friend she knew “honestly would never hurt a fly,” Barbarini added.

The suspect’s brother, Kevin Shoop, told reporters outside their home on a quiet suburban block in Teaneck that his brother was “a great person” who was liked by friends and family and gave no advance warning about what he intended to do.

“He just sadly decided to make an act of — an act of, I guess, self-indulgence — by taking his own life publicly,” Kevin Shoop said. “And it’s a tragedy to us all. And we’re going to now handle matters and deal with them.”

Dod Geges, the owner of a pizzeria in Teaneck where Shoop worked for several years, said Shoop didn’t show violent tendencies and “was always sad” when he heard about shootings.

Gov. Chris Christie called the shooting a wakeup call for lawmakers to focus on mental health issues as part of a comprehensive effort to reduce gun violence. 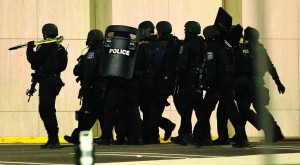 “Obviously that young man went there to end his own life. We may not be that lucky next time,” Christie said. “We need to get to the root causes of what drives a young man like that to drive to Garden State Plaza in that condition.

“Everybody wants to brandish guns and put them on tables and say, ‘We’re going to ban this or ban that.’ I’ll tell you the truth, what we have to get to is that every one of these incidents involved a deeply disturbed person who was not getting treatment. We need to get to that and we’ll have a better chance of preventing some of these incidents.”

Chaos erupted shortly before the mall’s 9:30 p.m. closing time Monday when authorities said a man dressed in black and wearing a motorcycle helmet fired six shots. Molinelli said the gun, which was modified to look like an AK-47 assault rifle, belonged to Richard Shoop’s brother, who owned it legally and did not give the shooter permission to take it.

At the mall Monday night, witnesses said the sound of gunfire sent customers and employees rushing hysterically for the exits and hiding places at the mall, which remained closed Tuesday.

Hundreds of law enforcement officers converged on the 2.2 million-square-foot mall, which was put on lockdown. New Jersey State Police landed a helicopter in the parking lot and SWAT teams with K-9 units initially went through the mall and started evacuating people.

Shoop’s body was discovered around 3:20 a.m. Tuesday in a back corridor of the mall, deep within a lower level, in an area that is not accessible to the public. Investigators were still trying to determine why he went to the mall.