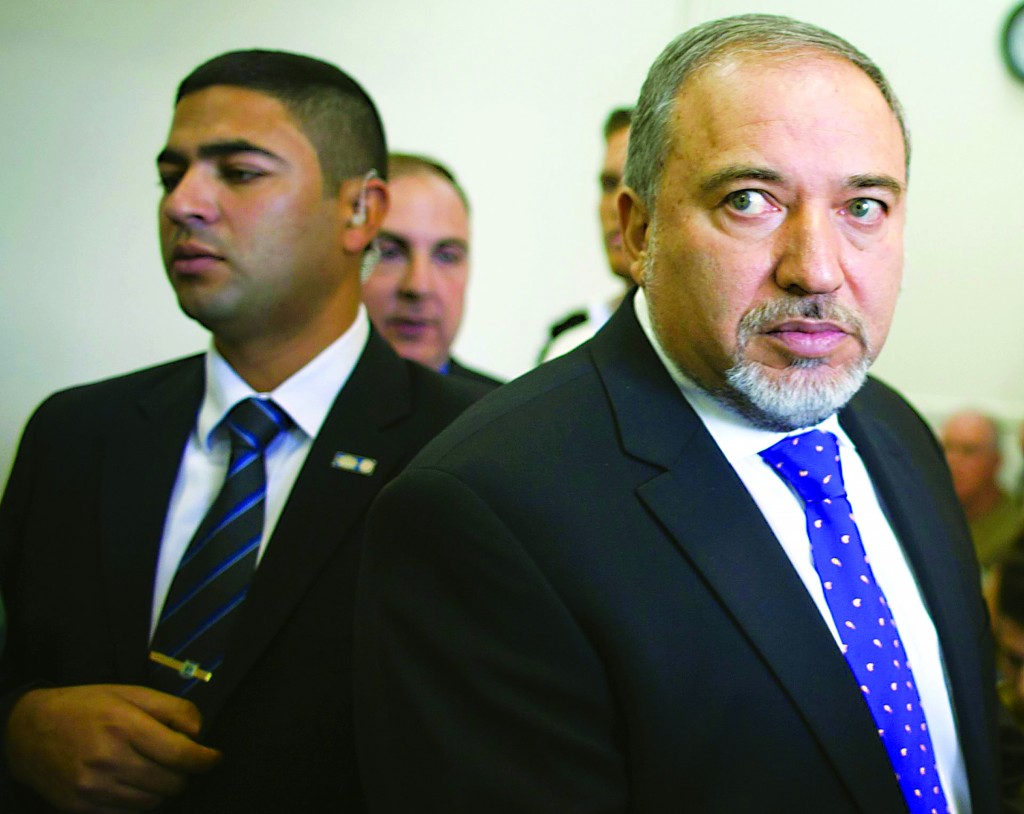 Cleared after 17 years of being investigated

The before and after pictures didn’t look that different on Wednesday as former Foreign Minister Avigdor Lieberman heard the unanimous verdict of a 3-judge panel in Yerushalayim Magistrates Court acquitting him of charges of corruption. Lieberman looked calm going in and his demeanor registered no dramatic change going out.

Apparently, Lieberman, who had dismissed the allegations against him as “nonsense,” had seen the light at the end of the 17-year-long tunnel of investigations, hearings and  media speculation before anybody else.

“This chapter is now behind me and I am focusing now on the challenges that lie ahead of us,” Lieberman told reporters in brief remarks outside the court. He declined to comment on his political future, though the way is now clear for him to resume his career in politics and government. Had he been convicted with a finding of moral turpitude, he would have been forced to resign from the Knesset, and he would have been banned from political life for seven years.

Lieberman was indicted in December 2012 for illegally using his influence as foreign minister to promote former ambassador to Latvia, Zeev Ben Aryeh, allegedly as a reward for Ben Aryeh leaking to Lieberman details of a separate, more serious corruption investigation against him. The protracted legal probe also included a high-profile inquiry into suspicions that he accepted bribes while serving as an MK.

In a 115-page opinion, Judges Hagit Mack-Kalmanovitz, Yitzchak Shimoni and Eitan Kornhauser ruled Wednesday that Ben Aryeh had been solely responsible for initiating the incident, and Lieberman did not know that the source of the note was an Israeli Justice Ministry investigation against him.

Israeli Prime Minister Binyamin Netanyahu welcomed the acquittal, saying, “I am happy about your return to the Israeli government so we can continue working together for the good of the people of Israel.” Although he did not comment on Lieberman’s future role, a political source told Reuters that he “fully expected Lieberman to be foreign minister again.”

“It’s a shame he had to wait so many years for justice,” said Housing Minister Uri Ariel. “It was a serious delay of justice that this country must not accept, one that harms democracy and the right to a fair trial.”

What was a resounding victory for Lieberman was an equally embarrassing defeat for the State Prosecutor’s Office, which was widely criticized last year after former prime minister Ehud Olmert was also cleared of almost all the charges against him.

Interior Minister Gideon Saar (Likud) articulated in relatively restrained terms what was on the minds of so many: “The fact that Lieberman was charged with such a marginal offense after the main investigation file had been closed requires some soul-searching on the part of the state prosecution,” he said.

The three-judge panel said they found that “the proven facts do not indicate a conflict of interest as serious as claimed by the prosecutors,” although they did stipulate that Lieberman did not act properly.

The watchdog Movement for Quality Government in Israel, castigated Attorney General Yehuda Weinstein’s handling of the case: “The prolonged proceedings of the case against Lieberman, which hung over the political system for over a decade is a long-standing failure of the prosecution and the attorney-general,” the group said in a statement. “There is no doubt that there is a structural and ongoing problem in the relationship between the [justice system] and public officials.”

Opposition leader Shelly Yachimovich (Labor) demanded an appeal of the verdict. “Public corruption is no less severe than criminal corruption. I call on the attorney general to instruct the prosecution to appeal,” she said.

Prosecutors said they were weighing whether to appeal. The lead attorney for the State, Michal Sable said that the state believed “it had sufficient evidence for a conviction, but the court thought otherwise.”

It wasn’t just Lieberman and his family and friends, but also his party Yisrael Beiteinu, the government coalition, the media, and Israeli society as a whole, which has been caught up in the saga.

The ministry has been on extended pause under the deal whereby Prime Minister Binyamin Netanyahu promised to leave the foreign minister’s job open for Lieberman until his case was resolved. (It was a result of this that Yair Lapid, whose heart was set on being Lieberman’s successor, became Finance Minister.)

An important ramification of the absence of a permament foreign minister was the appointment of Justice Minister Tzipi Livni as chief negotiator with the Palestinians, a responsibility properly belonging to the Foreign Ministry. Lieberman’s return could make Livni’s life more complicated, as Lieberman has been the public official most outspoken in his view that there are no realistic propects for a peace agreement with the Palestinians.

Moreover, Lieberman has a history of making undiplomatic statements, which have antagonized many foreign leaders.

U.S. Secretary of State John Kerry was no less interested in Lieberman’s judgment than Israeli politicians, since the latter’s presence in the government will likely make it even more difficult for Netanyahu to compromise and bargain.