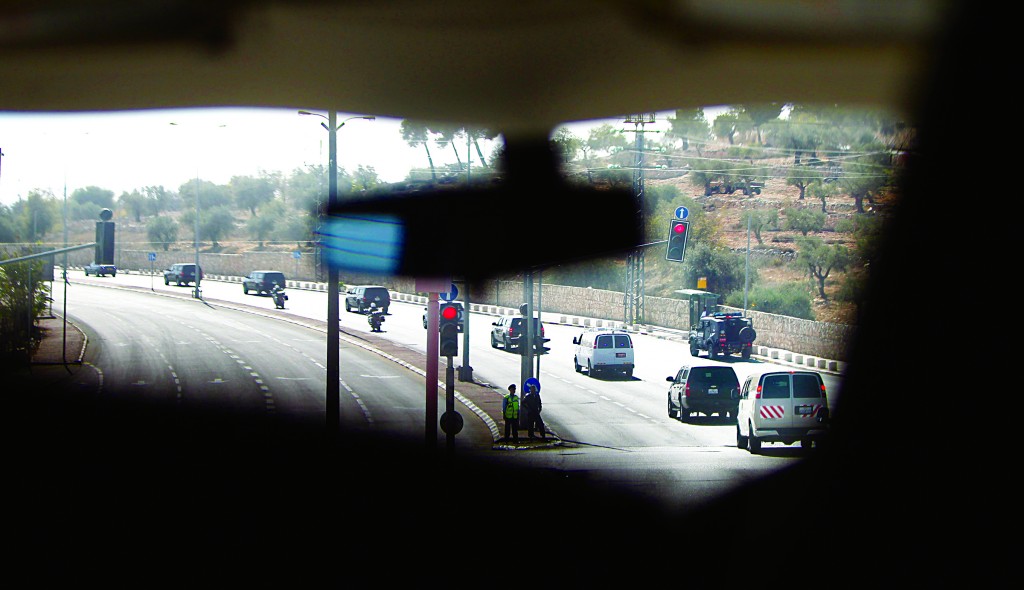 U.S. Secretary of State John Kerry, faced with grim Israeli and Palestinian assessments of progress in peace talks, said on Wednesday that Washington was not giving up on a deal.

“As in any negotiation there will be moments of up and moments of down, and it goes back and forth,” Kerry said in Beis lechem, in the occupied West Bank, where he met Palestinian President Mahmoud Abbas.

“But I can tell you that President Obama and I are determined, and neither of us will stop in our efforts to pursue the possibility [of peace],” he said.

Earlier at a meeting with Kerry in nearby Yerushalayim, Israeli Prime Minister Benjamin Netanyahu said the negotiations on a two-state solution to the Israeli-Palestinian conflict had failed to make any real progress.

The bleak picture painted by the prime minister was similar to the one sketched by senior Palestinians, who have said an Israeli plan announced last week for 3,500 more homes was a major obstacle to the success of the negotiations.

But in Beis lechem, Kerry said the United States, Israel’s closest ally, was convinced “that despite the difficulties, both leaders, President Abbas and Prime Minister Netanyahu, are also determined to work towards this goal.”

Kerry, whose shuttle diplomacy helped to revive the land-for-peace talks last July after a three-year break, has set a nine-month target window for an agreement, despite widespread skepticism among Israelis and Palestinians.

Few details have emerged from the negotiations, held at unannounced times and at secret locations in line with pledges to keep a lid on leaks.

But Palestinian officials have been airing their frustration over a lack of movement on core issues such as the borders of a Palestinian state, security arrangements, the future of Israeli settlements and the fate of Palestinian refugees.

Abbas, in a speech broadcast on Monday, said that after all the rounds of negotiations “there is nothing on the ground.”

Public friction between the two sides has been focused on the Israeli drive to erect more homes for settlers in tandem with the release of Palestinian prisoners.

Israel has already freed half of the 104 jailed Palestinians whom it pledged to release after Kerry persuaded Abbas to return to negotiations that Palestinians abandoned in 2010 over settlement building they fear could deny them a viable state.

Palestinians have bridled at Israel’s assertion that they effectively agreed to turn a blind eye to the settlement campaign, on land they seek for a state, in exchange for the men, long-serving inmates convicted of killing Israelis.

Speaking in Yerushalayim to reporters, with a stone-faced Kerry at his side, Netanyahu accused the Palestinians of creating “artificial crises” and trying to “run away from the historic decisions that are needed to make a genuine peace.”

Netanyahu said he hoped Kerry’s discussions in Yerushalayim and with Abbas “will help steer [the negotiations] back to a place where we could achieve the historical peace that we seek.”

In another development, Netanyahu said former Israeli Foreign Minister Avigdor Lieberman will return to the cabinet after his acquittal in a corruption trial on Wednesday.

Lieberman is a hardliner on the peace talks with the Palestinians, which he has said have no chance of succeeding.

In the Gaza Strip, Hamas spokesman Sami Abu Zuhri said any deal reached by Abbas, a rival of the Islamist group, “would not be binding on our people.”