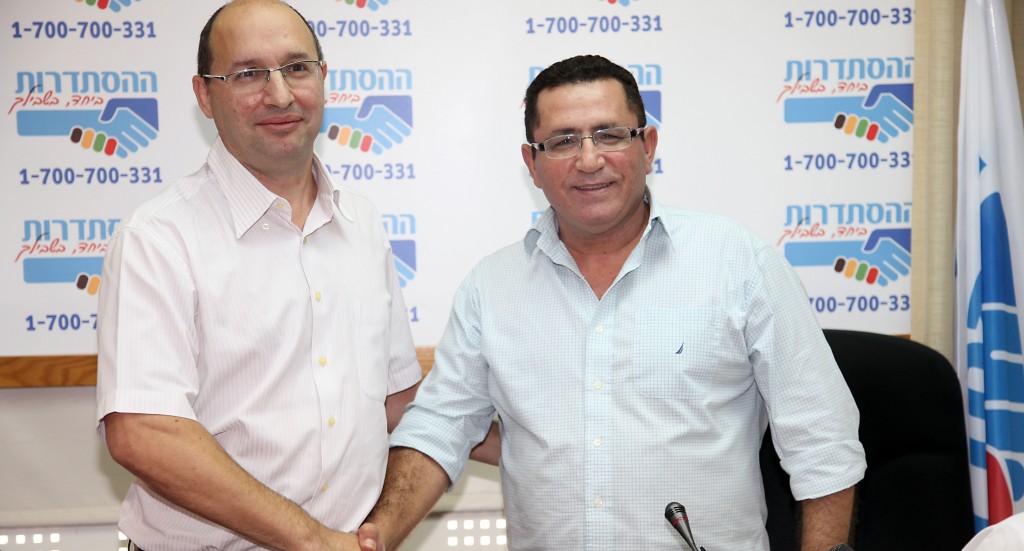 The Histadrut labor federation chairman Ofer Eini announced on Tuesday that he will resign his position as Israel’s most powerful union leader, in which he has served since 2006.

Eini steps down on February 1, in the middle of his third term, which be began in May 2012.

Until two years ago, Eini was regarded as “the country’s CEO,” a power broker who orchestrated the establishment of the previous Netanyahu government by mediating between Prime Minister Binyamin Netanyahu and Ehud Barak, then chairman of the Labor Party.

But Eini’s power base weakened when the Labor Party left the government and then split apart, with Barak seen as head of the Independence party, Globes reported. Relations with Barak’s successor at Labor, Shelly Yacimovich, were never close.

Eini is expected to designate Avi Nissenkorn, chairman of the Histadrut’s trade union division, as his successor. Nissenkorn has played a central role in recent crises including the dispute over the government’s plan to establish privately run ports, as Eini scaled back his own activities.

“I feel a sense of exhaustion and have the desire to embark upon a new path,” Eini said on Tuesday. He expressed pride in his accomplishments, including the implementation of mandatory pensions for all Israeli employees, the creation of collective bargaining contracts for temporary workers and an increase in the minimum wage.

Eini did not say what he plans to do next, although two years ago there were rumors he would enter the private sector.