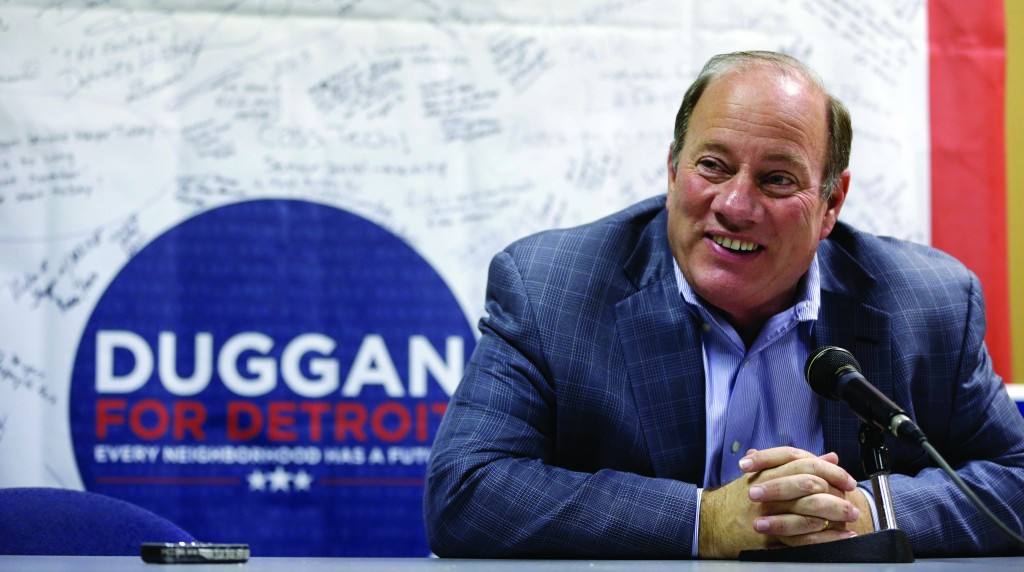 Detroit’s mayor-elect says he resents so much being made of his skin color during his campaign to lead the city.

Voter Paulette Warren, who is black, says she voted for Duggan because she believes he’s best qualified to tackle Detroit’s crime problem.

Detroit’s finances are currently controlled by a state-appointed emergency manager. By the time Duggan takes office in January, a judge may already have ruled the city bankrupt.