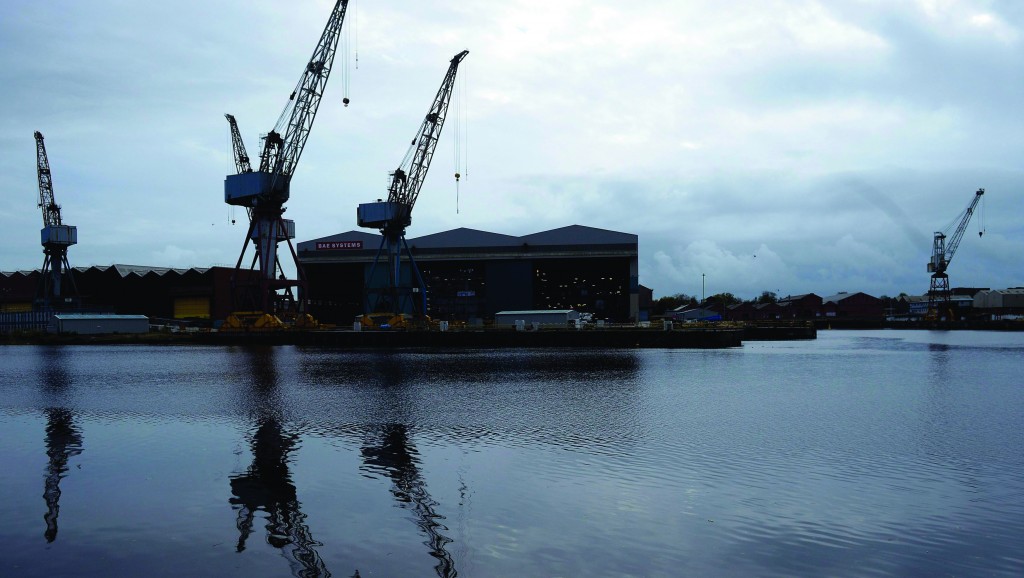 Britain, once the world’s mightiest seafaring power, announced Wednesday that it will shut down the last naval shipyard in England, eliminating nearly 1,000 jobs and closing a chapter of history stretching back hundreds of years.

Workers in the southern city of Portsmouth have been building warships since the reign of King Henry VIII, including the famous Mary Rose. But citing dwindling demand, the government and defense contractor BAE Systems have agreed to cease construction there.

Vessels for the Royal Navy will still be built in Britain, but only in Scotland. Though hundreds of jobs are to be cut at Scottish shipyards as well, workers in Portsmouth accused the government of sacrificing them for political reasons, to avoid angering Scots ahead of a referendum next year on whether they should separate from England and Wales to become an independent nation.

In Parliament, Prime Minister David Cameron defended the decision to close down operations in Portsmouth, noting that the city’s dockyards would continue to repair and maintain warships, just not build them. Although 940 jobs will be lost next year, 11,000 in the industry will remain, he said.

“Many more people have been involved in ship-servicing than in shipbuilding,” Cameron told lawmakers. “Some of the largest and best-equipped warships we have ever had in our country will be based and hosted at Portsmouth … which will mean a lot of work for Portsmouth and for our naval base there for many, many years to come.”

Defense Secretary Philip Hammond denied that the specter of next year’s referendum played a role in the choice to keep Scotland’s shipyards humming, albeit with 835 fewer workers by the end of 2016. He said the government would invest $160 million in ship-servicing work in Portsmouth to try to cushion the effects of the coming layoffs.

Perhaps just as hurtful to the city as the economic blow, however, is the loss of its historic status as the center of British shipbuilding, the busy workshop that helped turn a small island into a maritime power with a vast worldwide empire at its command.

Portsmouth has been a strategic coastal holding for English monarchs since the 13th century. In 1511, shipbuilders there launched Henry VIII’s beloved Mary Rose, one of the first war vessels able to fire a broadside, heralding the eventual rise of Britain as a naval powerhouse.

The ship sank 34 years later during a skirmish with the French fleet. The wreck lay undisturbed on the seabed for nearly 300 years until a diver accidentally came across it. The Mary Rose was raised from the water in 1982 and is now a prime tourist attraction.

Another historic craft, the HMS Victory — which saw action in the American Revolution and the Napoleonic Wars and was the flagship of Adm. Horatio Nelson at the Battle of Trafalgar in 1805 — is also anchored at Portsmouth.