Business Boeing 747 May Be Flying Into the Sunset
Business 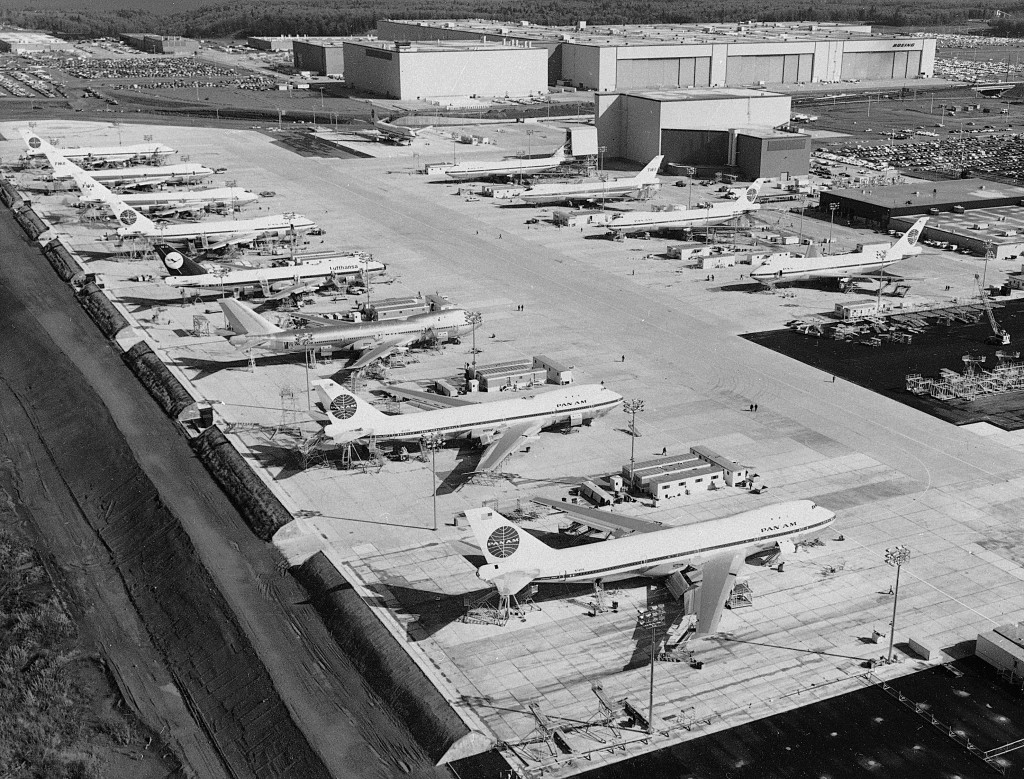 When Boeing Co. launched the 747 more than 40 years ago, nearly every aspect of the plane was novel.

The jumbo jet was almost three times larger than the largest aircraft flying at the time. It required four massive jet engines for power. It was so wide that a veteran Los Angeles Times aviation writer described the cabin as a “luxurious auditorium some genie had wafted aloft.”

In the years that followed, the plane has transformed travel in a way that few others have. But now, it appears that time has caught up with the renowned jet, as many airlines switch to smaller, more fuel-efficient aircraft.

Airlines are opting for Boeing’s newer jets, such as the 777 and its latest 787 Dreamliner, as well as rival Airbus’s forthcoming A350 XWB. Those aircraft have just two engines, instead of the 747’s four. That means less fuel use, less maintenance and more flexibility in the types of routes they can fly.

With demand shrinking, Boeing quietly announced last month that it was once again slowing the 747 production rate, from 21 airplanes a year to just 18. In its heyday, Boeing was producing 60 jumbo jets a year, with many of its components coming from Southern California suppliers.

“The 747 is a dead man walking at this point,” said Scott Hamilton, an aviation industry consultant and managing director of Leeham Co. in Issaquah, Wash. “It had its day and ushered in the era of the jumbo jet, but now that day is done.”

Still, Boeing is standing by the legendary jetliner and remains optimistic about the next-generation 747-8, a modernized, stretched version of the 747. The fate of the massive Hawthorne, Calif., factory where hundreds of workers make the panels for the center fuselage hinges on Boeing’s outlook.

“While the market has softened in recent years for large aircraft, both passenger and freighter versions, Boeing remains committed to the 747-8,” Boeing spokeswoman Carrie Ann Berry said. “We believe the 747-8 is a very competitive airplane with a significant market niche.”

With Korean Air’s recent order of five 747-8 Intercontinental jetliners, Boeing expects that the market will return in 2014. It forecasts global demand for 760 large airplanes – such as its 777 and the 747 – over the next 20 years.

Those are lofty projections, considering that Boeing has had 1,525 orders for the 747 in the past half-century. What’s more, the 747 is Boeing’s priciest plane, costing $357 million at list price. The largest 777 costs about $320 million.

The 777 has two fewer engines, which cuts maintenance and fuel costs, and can be used on long-haul or shorter flights. Because of its twin-aisle configuration, the aircraft still offers passengers a feeling of spaciousness. It also has less seating capacity, which makes financial sense to airlines worried about empty seats on certain routes.

“If I were a CEO of an airline, there are several other options I’d go for other than a 747,” said Vaughn Cordle, an analyst at the investment research firm Ionosphere Capital. “The 747 simply isn’t as valuable to airlines as it once was.”

When the first 747 rolled off the assembly line in 1968, it was viewed as a high-flying vehicle of comfort and luxury. First-class passengers made their way up a spiral staircase to get to the “flying penthouse.” 747s could carry more than twice as many passengers as existing commercial planes, and amenities such as snack bars seemed to make flying more enjoyable.

But its beginnings weren’t so rosy. When the program was undertaken, Boeing didn’t have the financial strength or the manufacturing capability to produce the plane. The company went deep into debt and had to strike deals with suppliers to make the parts on their own dime.

It didn’t get any easier as the program went forward. The airplane was overweight and the new engines had overheating problems. But the problems were solved and the jumbo jet, with its signature hump, became one of the most recognizable planes in the world.

It wasn’t until 2008, when rival Airbus introduced the double-decked A380 “super jumbo” jet, that the 747 was dethroned as the world’s largest passenger jet.

Aviation history books say the 747 made its first commercial flight Jan. 21, 1970, but the Pan Am flight actually took off from New York’s John F. Kennedy International Airport bound for London’s Heathrow Airport at 1:52 a.m. Jan. 22 because of a 6 1/2-hour delay.

Four decades later, the 747 is still a common sight at Los Angeles International Airport, where nearly 200 of the planes carry thousands of passengers to far-flung destinations in Asia and Europe each week.

Air Force One, a modified 747, continues to be a symbol of U.S. might. NASA used a 747 to transport space shuttles back to Florida whenever they landed at Edwards Air Force Base in the Mojave Desert.

Boeing has more than 500 suppliers in the U.S. supporting the 747 program. More than 200 are in California alone. One of the largest is Triumph Aerostructures, which assembles the 747’s center fuselage panels in Hawthorne.

The site has produced the fuselage panels for every 747 that has taken to the skies since the aircraft program began in 1966. The company ships fuselage panels and sends them in three custom, oversized railroad cars to Boeing’s assembly plant in Everett, Washington.

No matter what the future brings for the 747, the plane will always be an icon, said Henry Harteveldt, a travel industry analyst with consulting firm Hudson Crossing. It will just go the way of other transformative aircraft whose time has passed, such as the 707 and DC-8.

“There’s less and less demand to support the 747 these days,” Harteveldt said. “We may see it fly into the sunset, at least as a passenger jet, within the next few years.”

The venerable Boeing 747 jumbo jet over the years.