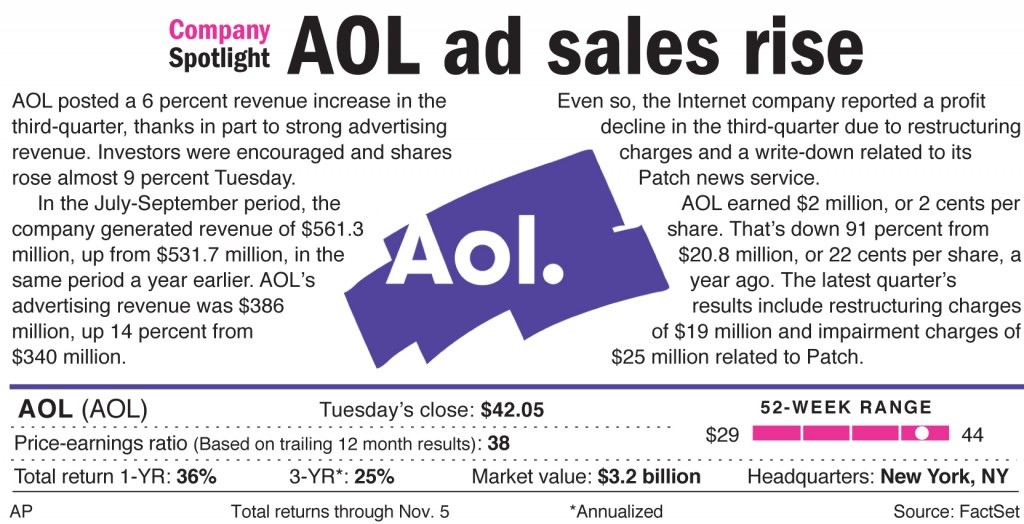 AOL Inc. posted a sharp profit decline in the third quarter Tuesday, due to restructuring charges and a write-down related to its Patch news service.

But revenue increased 6 percent thanks to strong advertising, and shares jumped almost 8 percent in early trading.

Analysts, on average, were expecting earnings of 49 cents per share on revenue of $548.8 million, according to a poll by FactSet. Analysts typically exclude one-time items from their estimates.

AOL’s advertising revenue was $386 million, up 14 percent from $340 million. Subscription revenue from AOL’s aging dial-up service continued to decline, as expected. It fell 7 percent, to $161.6 million from $173.5 million.