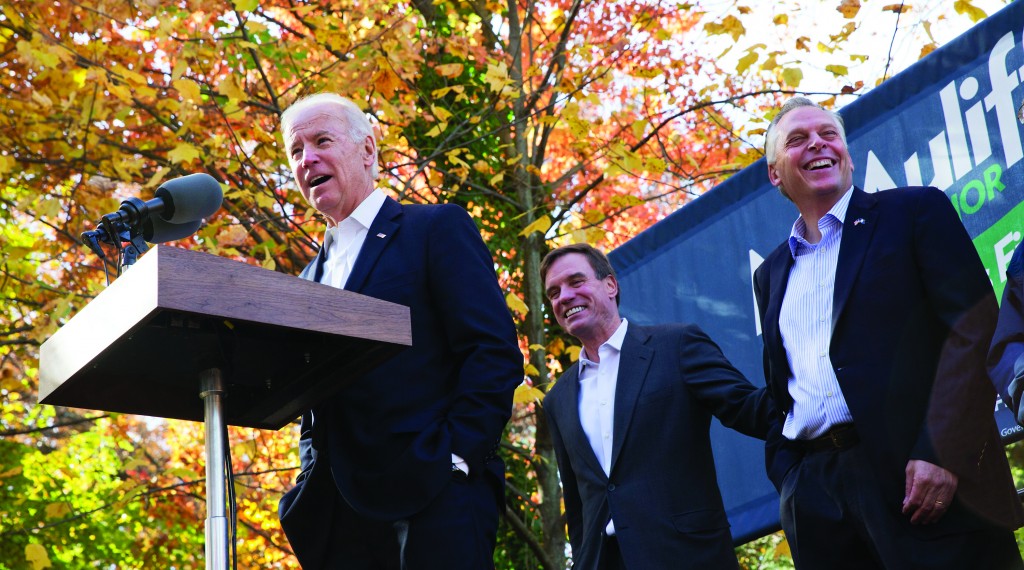 From rural Iowa to urban New York, voters across America will render judgment in a slate of political contests Tuesday, including in New Jersey and Virginia where gubernatorial race outcomes could highlight the Republican Party division between pragmatists and ideologues.

Republican and Democratic strategists alike say that Tuesday’s contests are more defined by candidate personalities and region-specific issues than political trends likely to influence next year’s larger fight for control of Congress. Turnout is expected to be low, typical for elections held in years when the White House and Congress aren’t up for grabs.

Candidates across the country made their last pitches to voters as local elections boards made their final preparations.

To the south, a defeat of a conservative Republican in the swing-voting state of Virginia also could feed into that argument within part of the GOP that a pragmatic approach is the answer to the party’s national woes.

Republican Ken Cuccinelli, who comes from the party’s right flank and promotes his role as the first state attorney general to challenge the health care overhaul, is struggling against former national Democratic Party chairman Terry McAuliffe, and polls suggest that he could lose. He has been hurt both by the government shutdown that Republicans are bearing most of the blame for and by a political scandal involving accusations of lavish gift-giving by a political supporter to Republican Gov. Bob McDonnell and his family.

A McAuliffe victory would break a three decade-long trend: Virginia has elected a governor from the party not occupying the White House in every gubernatorial election since 1977.

Neither this race, or the gubernatorial race in New Jersey, will offer significant clues about the state of the electorate heading into a midterm election year.

“They’re a far cry from being a crystal ball for 2014,” said longtime Democratic pollster John Anzalone. “These two big races are all about the individuals.”

The same could be said for down-ballot races across the nation.

In Coralville, Iowa, population 19,000, the national tea party ally Americans for Prosperity is saturating mailboxes and telephone lines to support conservative candidates for city council as the area struggles to control its debt. The outside group, backed by the billionaire Koch brothers, spent $36 million last year mostly supporting Republican candidates and attacking Democrats in the presidential and U.S. Senate races. In Iowa, the group is showing that no race is too small to fight government spending.

In Colorado, voters will decide on a tax rate for marijuana, a suggested 25 percent tax to fund school construction and regulation of the newly legal drug. Also, 11 counties in northern and eastern Colorado were taking non-binding votes on secession and creating a new state.

Walsh, a union laborer before being elected to the state House, has highlighted his life story, including surviving cancer as a boy and overcoming alcoholism as a young adult. Connolly, a corporate attorney, has focused on education issues. Polls suggest the race will be close.

Detroit may feature the nation’s most unusual contest. Wayne County Sheriff Benny Napoleon and former Detroit Medical Center chief Mike Duggan are competing for a mayor’s title that will have little immediate power as the debt-ridden metropolis is guided through the largest municipal bankruptcy in U.S. history by a state-appointed emergency manager.

One of the top remaining issues for both candidates: Who can work better under the thumb of the state turnaround expert, who will continue to run the show for at least another year.