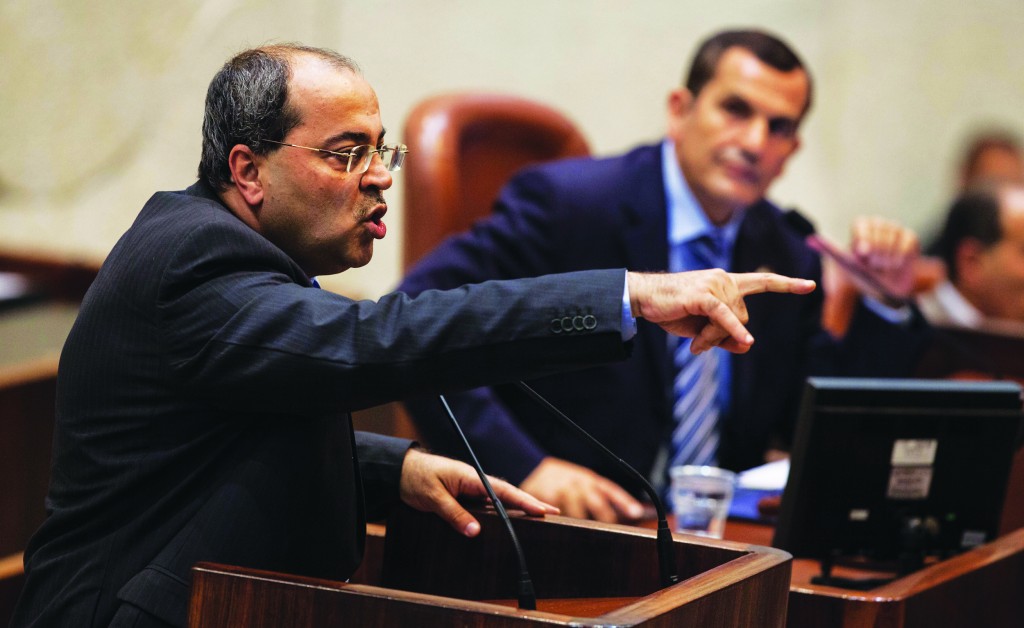 The issue of Jewish sovereignty over the Old City in Yerushalayim proved particularly contentious on Monday as Arab MKs angrily denounced a bill to regulate Jewish access to Har Habayis, Arutz Sheva reported.

The bill, which proposes daily prayer hours at the site, was introduced in the Knesset Interior Committee, where it was greeted by shouted invective and threats of violent confrontation if implemented.

Committee chairwoman Miri Regev (Likud) tried to calm the uproar, explaining that there was no intention to intefere with Moslem prayer, but “we cannot have a situation in which a state cannot realize its sovereignty and people can’t pray at sites holy to them.”

But MK Muhammad Barakeh (Hadash) warned that Arab MKs would physically prevent such a law from being carried out. “Whoever comes to defile the Al Aqsa Mosque will find us there!”

That remark drew a retort from Regev: “Is that a threat?”

“You say that as a friend of Yasser Arafat,” said MK Orit Struk (Jewish Home).

“I am proud to be Arafat’s friend,” replied Tibi.

It should be noted that poskim have ruled that entry to the holy site of the Mikdash remains forbidden to Jews.