Politics What’s Ahead for NJ Gov. Christie if Re-elected?
Politics 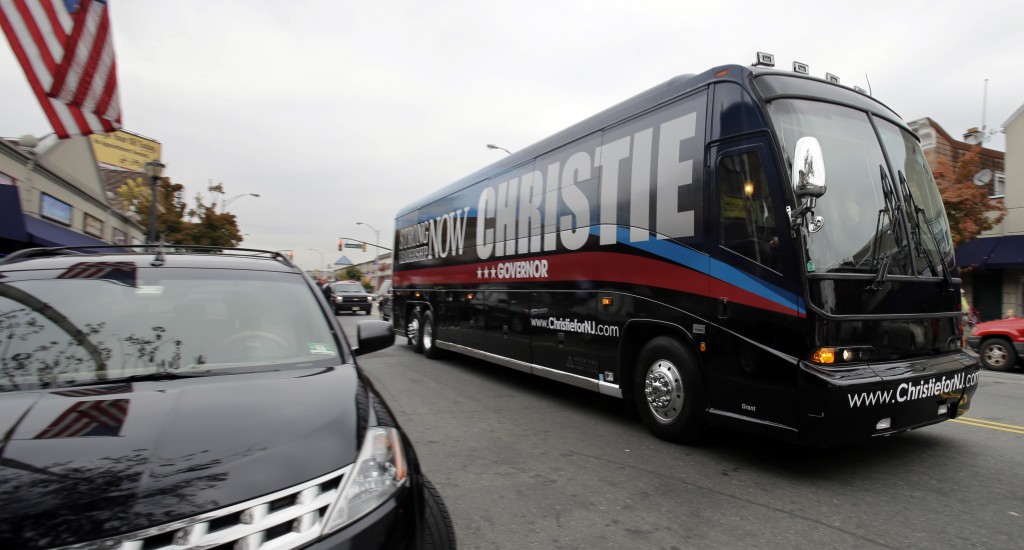 A second term all but assured, New Jersey Gov. Chris Christie is casting himself as an inclusive Republican who transcends political lines and a pragmatic leader whose results-oriented approach offers valuable lessons for dysfunctional party leaders in Washington.

“We need to send a message to all of America that the only way our state and our country gets better is if people work together across the aisle,” Christie said during a rally in the campaign’s waning days at an Elks Lodge packed with pro-Christie Democrats.

“My job is to be the CEO of this state, not to be some ideologue,” he added.

It’s a closing message that doubles as the opening argument for a prospective presidential run. But a resounding victory Tuesday in a Democratic-leaning state over a little-known and underfunded state senator, as polls suggest is likely, doesn’t automatically translate into success at the national level.

Democrats and Republicans agree that Christie always was positioned to win big in his first re-election test. Challenger Barbara Buono has struggled to attract support from even her party’s most devoted allies.

Signaling how little confidence she has inspired in
the party, the Democratic Governors Association, which is designed to help Democrats win governor’s races, spent less than $5,000 on the New Jersey contest while pouring more than $6 million into the Virginia election, also Tuesday.

Other would-be Christie critics shied away from New Jersey, giving the incumbent little resistance as he sells himself as an electable GOP leader with particular appeal among women and minorities, groups that Republicans elsewhere often struggle to attract. Christie’s advisers suggest that would be his pitch during any future national campaign.

Outside groups were reluctant to spend money on a race perceived as unwinnable for Democrats, particularly when there was a more competitive contest in Virginia.

“At no point in this race was there tension he might lose,” said Bill Burton, who led the super political action committee devoted to President Barack Obama’s re-election. “What you don’t know is, if his feet were really put to the fire, could he keep from lashing out?”

They call attention to Christie’s decision to use taxpayer dollars on a post-Superstorm Sandy advertising campaign that featured him in a starring role, and cite the questions that Mitt Romney’s vice presidential checking team raised about the governor’s medical history and early political career.

“As a Republican in New Jersey, you never get a free pass on anything,” Christie said Sunday when asked about the lack of criticism from national Democratic groups.

Even with polls predicting a big victory, the Christie camp is trying to lower expectations in a state that Obama won by more than 17 points. Should Christie break the 50 percent mark, he would become the first Republican governor to do so in New Jersey since 1985.

A number of Democrats attended the Harrison rally on Friday night.

“This is a blue town. This is a blue state,” said Gina Davies, a lifelong Democrat who praised Christie’s support for a local redevelopment project. “I like the fact that he makes tough decisions.”