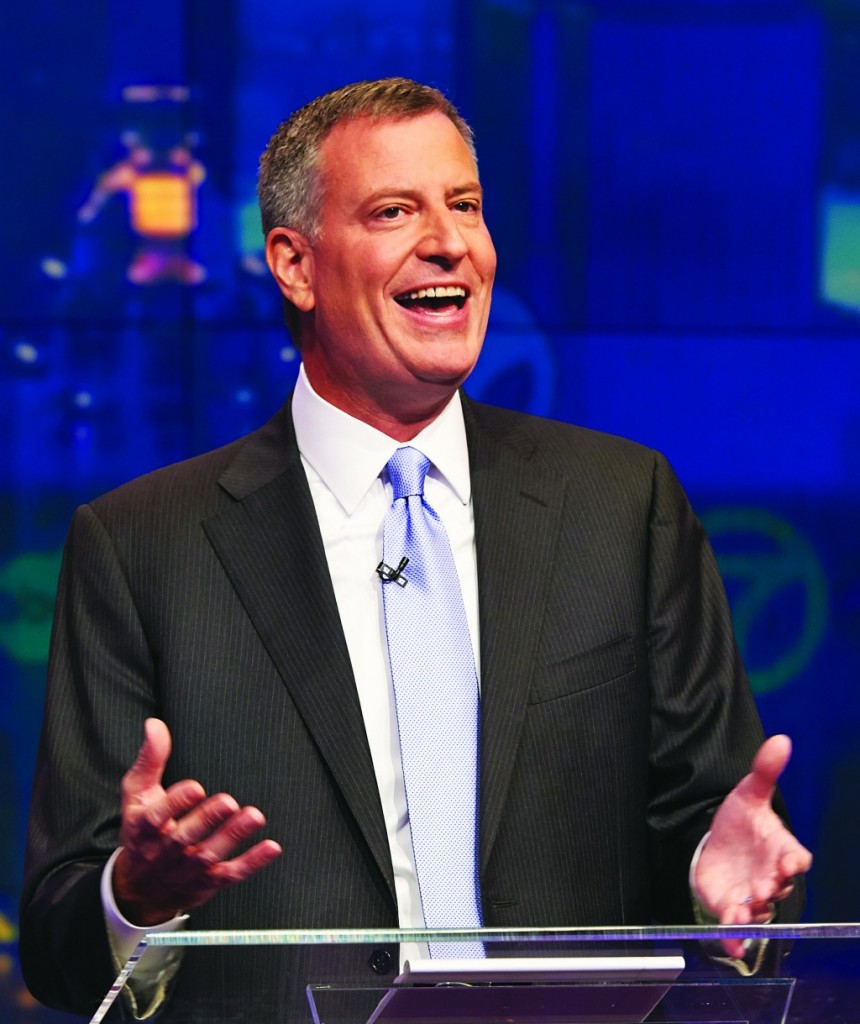 Tuesday’s election includes races that may profoundly affect life at the community, city, and state level. Hamodia presents this selection of candidate biographies. Voters are encouraged to further research those races that will affect them the most.

Bill de Blasio graduated NYU and then studied at Columbia University’s School of International and Public Affairs. He served as a junior staffer for Mayor David Dinkins, and later as an assistant for community affairs at City Hall. De Blasio worked as Regional Director under then-Housing Secretary Andrew Cuomo.

In 2010, de Blasio was elected to the city wide positon of Public Advocate.

Joe Lhota was born and raised in the Bronx. His father was a member of the NYPD, one grandfather was a firefighter for the FDNY, and the other was a taxi driver.

The first in his family to go to college, Lhota graduated with honors from Georgetown University and earned an MBA from Harvard Business School.

Lhota embarked on a 14-year career as an investment banker specializing in public finance, and is an acknowledged expert in infrastructure finance.

In 1994, Lhota joined the Giuliani Administration as Finance Commissioner, Director of the OMB, and Deputy Mayor for Operations. In 2011, Gov. Andrew Cuomo named Lhota as Chairman and CEO of the MTA.

Charles J. Hynes’ many-faceted public service career began in 1963. From then until now he has served in both the public and private sector, co-authored a book and served six terms as Kings County DA.

In 1975, Hynes was appointed Special State Prosecutor to investigate nursing home fraud. In 1987, Governor Mario Cuomo called on him to investigate the murder of Michael Griffith in Howard Beach, Queens. Hynes led the investigation and prosecution, which resulted in three homicide convictions. In 1990, Hynes became a member of the National District Attorneys Association and from 1993 until 2007, he served as New York State Director on the Board. In 2011, Hynes received the organization’s “Hogan Award.”

A former federal prosecutor, Thompson served in the U.S. Attorney’s Office in Brooklyn, where he was a member of the federal prosecution team. Prior to joining the U.S. Attorney’s Office in Brooklyn, Thompson was an attorney in the Treasury Department in Washington, D.C. He played a key role on the team that investigated the raid on the Branch Davidian Compound in Waco, Texas, by federal ATF agents.

After his time as a federal prosecutor, Ken went into private practice, first at a prominent international law firm and then at his own firm.

In 1991, Brooklyn-born Chaim Deutsch founded the Flatbush Shomrim Safety Patrol in response to the rising crime rate, in 20 years building it into a massive organization that has been front and center in many community crises, most recently, recovery from Superstorm Sandy.

Subsequently, he founded a group called Community for Community, whose diverse cadres of trained volunteers will come to the aid of neighbors and local community in times of crisis.

Deutsch has served in many community positions, among them the Board of Directors of COJO of Flatbush.

Storobin was born in the former Soviet Union in 1979, and is a naturalized United States citizen.

He graduated Rutgers University School of Law, after which he has run his own law firm since 2004.

He has been endorsed by the Republican, Conservative, Independence and School Choice parties.

Prior to his 2006 election as Manhattan Borough President, Stringer represented Manhattan’s Upper West Side for 13 years in the state Assembly.

Stringer was the youngest person ever to serve on a community board. He worked with the community, including Columbia University, and local officials to rezone 35 acres in West Harlem. He has created a program to promote healthy food initiatives in underserved neighborhoods.

Borough President Stringer hosted a conference entitled “Transportation 2030: A Five Borough Blueprint.” He spearheaded requests to the Office of the MTA Inspector General to probe cost and timeline overruns on the Second Avenue Subway.

Stringer was born and raised in Washington Heights and graduated from John Jay College of Criminal Justice.

After a year at BMCC, John Burnett began his 20-year career in finance, working at Dean Witter Reynolds. He rose to the position of vice president at Smith Barney, and was a director at Merrill Lynch.

While leading a division at Citigroup, he attended NYU full-time in the evenings, and earned his bachelor’s degree in four years. Burnett then earned an MBA at Cornell, while continuing to climb the corporate ladder.

When asked how his experience relates to the responsibilities of comptroller, Burnett stated: “My experience working with a myriad of investment products, audit and governance affords me a unique perspective on what is needed to optimize pension fund performance and operational effectiveness of our city agencies.”