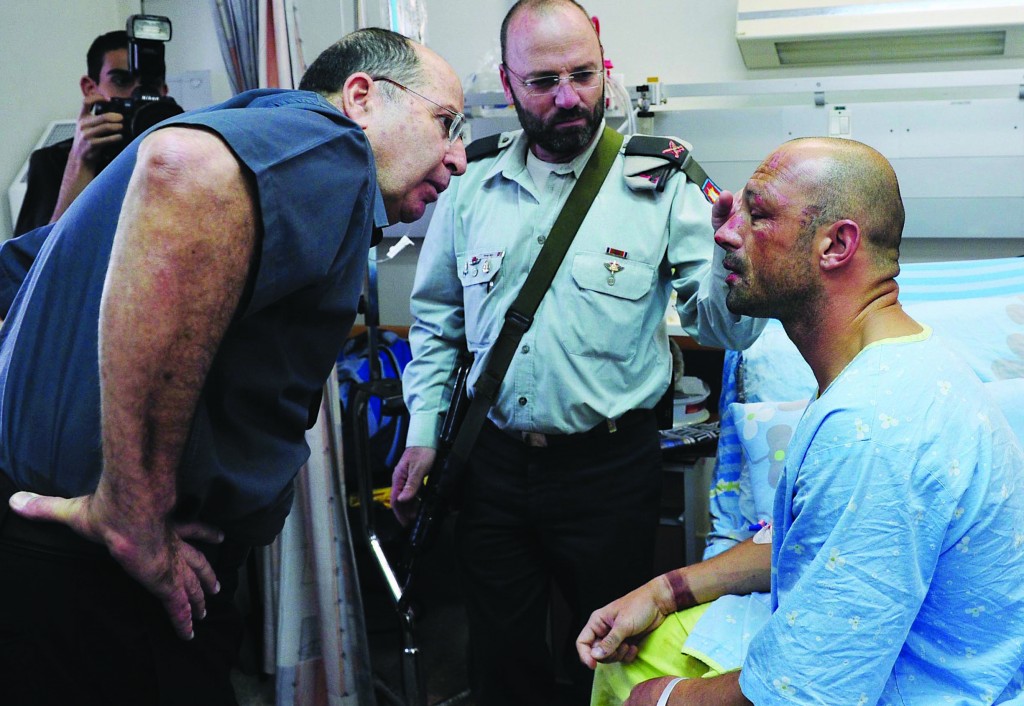 After five Israeli soldiers were wounded by a Hamas bomb while destroying a “terror tunnel” on Thursday night, the IDF carried out an air strike, killing three Hamas terrorists.

One Hamas member was also killed by retaliatory Israeli tank fire in the initial incident.

The tunnel demolition occurred at the border fence with Gaza that was discovered last month near Kibbutz Ein Hashlosha. Some 500 tons of iron and concrete went into the construction of the underground passageway, from materials allowed into Gaza by Israel for civilian housing and schools.

“Quiet will be met with quiet but if they attack, there will be a painful response,” Maj. Gen. Sami Turgeman, head of the Israeli military’s southern command, said while visiting the wounded soldiers in the hospital. They
were hurt, one of them seriously, by a Hamas explosive device detonated during the operation.

Soroka Medical Center director Dr. Ehud Davidson said that Second-Lieutenant Ahiya Klein, who was seriously injured, is no longer in a life-threatening condition. However,  he suffers from burns and sustained damage to his eyesight. He said that the other wounded are doing well, Ynet reported.

After the explosion, IDF forces spotted two Palestinians armed with anti-tank weapons standing a kilometer away, according to a senior officer. IDF troops fired at the two, killing one and wounding the other, Haaretz reported.

The military completed the demolition, and soon after, an Israel Air Force plane bombed the entrance to the same tunnel at a hothouse in the area of Khan Yunis, about 1,700 yards from the border fence inside Gaza.

The incident occurred despite precautions taken by the IDF.

“We assessed that the moment that Hamas found out that we located the tunnel it would plant an explosive device, and we acted with all preparations for such a course of action,” said a Southern Command senior officer.

The officer explained to Haaretz that a dog or robot was supposed to enter the tunnel to locate explosive devices before any soldiers went in. The operation called for a drill to open a hole in the roof of the tunnel on the Gaza side, after which 3 tons of explosives would be lowered in to blow it up.

But “Hamas didn’t wait for the forces to reach the tunnel, the explosive device was activated by the driller,” the senior officer told journalists.

A day later, Hamas requested, through Egyptian and Red Cross channels, permission from the IDF to dig in the tunnel in order to recover the four bodies, including a senior member of its military wing.