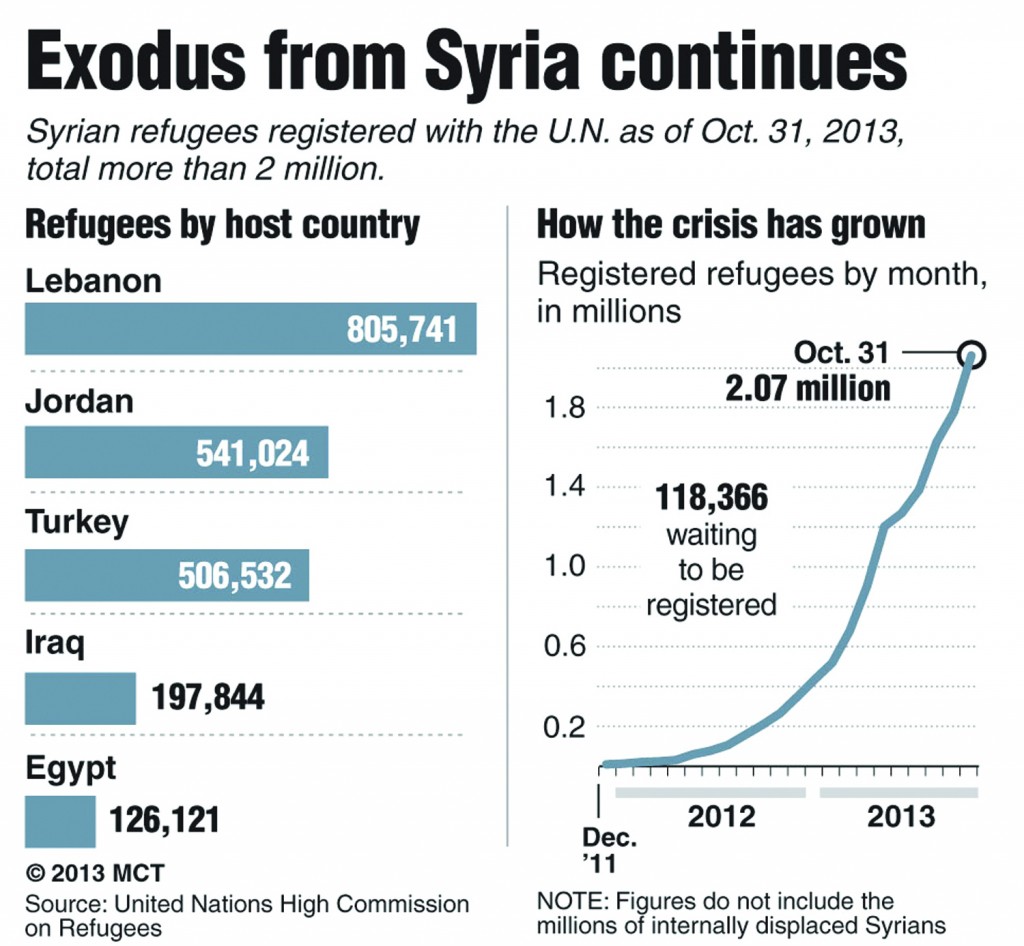 Syria has completed the destruction of equipment used to produce chemical weapons, a global watchdog said Thursday, meeting another deadline in an ambitious timeline to eliminate the country’s entire stockpile by mid-2014.

The announcement highlights President Bashar Assad’s willingness to cooperate to avoid punitive international military action and puts further pressure on divided and outgunned rebels seeking to topple him ahead of a planned peace conference.

The announcement by the Organization for the Prohibition of Chemical Weapons came one day ahead of the Nov. 1 deadline set by the Hague-based organization for Damascus to destroy or “render inoperable” all chemical weapon production facilities and machinery for mixing chemicals into poison gas and filling munitions.

The completion of essentially the initial stage of destruction is a significant milestone in this timeline.

A Syrian legislator said Damascus has met all its deadlines, which confirms the “seriousness of its intentions to rid itself of such weapons.”

“This is a clear indication of the Syrian government’s wish to cooperate and abide by its commitments,” Issam Khalil said in a telephone interview with The Associated Press.

Thursday’s announcement illustrates the government’s willingness to cooperate and win points with the international community. That puts pressure on Syria’s fragmented opposition and outgunned rebels to join an international peace conference for Syria planned in Geneva next month.

No final date has been set for the talks, and there have been disagreements between opposition members on whether they should attend or not and on conditions for participating. Syria’s main opposition group in exile, the Syrian National Coalition, postponed its general council meeting in Istanbul from Nov. 1 to 10, pending further discussions on the talks.