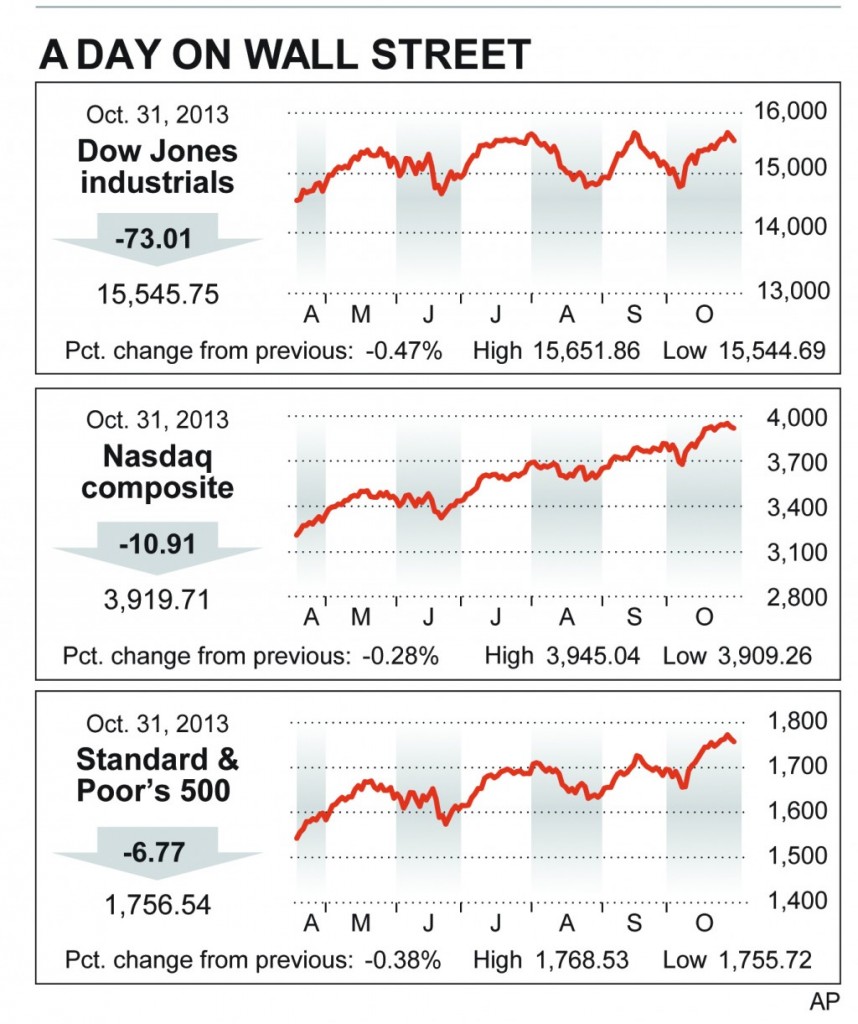 October, with its history of crashes on Wall Street, didn’t scare off investors this time. To the contrary, the stock market seemed unstoppable.

The Standard & Poor’s 500 index closed at a record high seven times and ended the month up 4.5 percent. The market climbed even after October began with the 16-day government shutdown and the threat of a potentially calamitous U.S. default.

“The market didn’t waver in the face of the shutdown,” said Anton Bayer, CEO of Up Capital Management, an investment adviser. “That was huge.”

After being rattled by a series of down-to-the-wire budget battles in recent years, investors have become inured to the ways of Washington lawmakers. Instead of selling stocks, they kept their focus on what they say really matters: the Federal Reserve.

The central bank is buying $85 billion of bonds every month and keeping its benchmark short-term interest rate near zero to promote economic growth. The Fed stimulus has helped generate a stock market rally that has been going on since March 2009.

With October’s gains, the S&P 500 is now up 23.2 percent for the year and is on track for its best year since 2009. The Dow Jones industrial average is 18.6 percent higher, and the Nasdaq composite index is up 29.8 percent.

Some analysts say the precipitous rise in stocks may now make the market vulnerable to a drop.

“Because stocks have gone up so much, people will get nervous about another big sell-off at some stage,” said David Kelly, chief global strategist at JPMorgan funds.

Some investors will be relieved to see October behind them. The Stock Trader’s Almanac refers to October as “the jinx month” because of its fraught history.

There was no such drama on Wall Street on Thursday. Stocks were mostly flat as investors took in disappointing corporate earnings.

Avon slumped $4.90, or 21.9 percent, to $17.50 after the beauty products company reported a third-quarter loss, reflecting lower sales and China-related charges. The company also said the Securities and Exchange Commission is proposing a much larger penalty than it expected to settle bribery allegations.

Overall, company earnings are beating the expectations of Wall Street analysts and lifting stock prices. Companies are benefiting from low borrowing costs and stable labor expenses, which are enabling them to boost earnings even as sales remain slack.

The stock market is likely to climb as long as the central bank keeps up its stimulus, said Bayer. But stocks could fall as much as 20 percent when the Fed starts to cut back on its bond-buying program, he said.