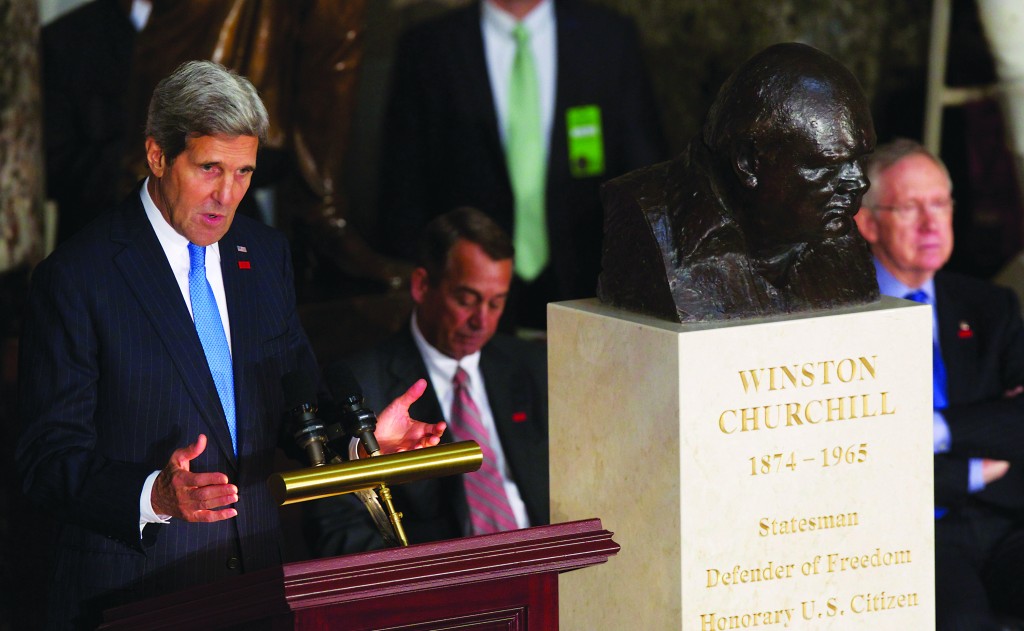 Secretary of State John Kerry is hitting the road again, this time on a damage-control mission to the Middle East and Europe, where rancor is high over U.S. strategies in Syria, Egypt and Iran, and over American surveillance activities revealed by ex-NSA analyst Edward Snowden.

Kerry will leave Washington this weekend for Saudi Arabia, Poland, Israel, the Palestinian Authority, Jordan, the United Arab Emirates, Algeria and Morocco, the State Department said on Thursday. With tensions between the U.S. and many of its allies rising, the department acknowledged that at least parts of the nine-day trip might be difficult.

“The secretary overall believes that rolling up his sleeves and having personal diplomacy is the way that we should continue to approach either issues we work together on — global challenges or issues where there may be concerns [about] the intel-gathering reports,” spokeswoman Jen Psaki said.

At his first scheduled stop in Riyadh, Kerry will confront several spats with the Saudis over resolving the continuing conflict in Syria, nuclear negotiations with Iran, and President Barack Obama’s decision to withhold significant amounts of U.S. assistance to Egypt.

In his meeting with Saudi King Abdullah, Kerry “will reaffirm the strategic nature of the U.S.-Saudi relationship, given the importance of the work between our two countries on shared challenges, and the leadership Saudi Arabia provides for the region,” Psaki said.

It may be a hard sell.

Senior Saudi officials have expressed frustration and anger with the Obama administration’s Syria policy, despite Washington and Riyadh’s shared goal of bringing an end to President Bashar Assad’s rule. Kerry himself has publicly acknowledged Saudi disappointment with the fact that Obama did not follow through on his threat to punish Assad for the use of chemical weapons with military strikes. Saudi Arabia has been at the forefront in providing military assistance to Assad’s foes and wants the U.S. to take a more active role, a course the White House has resisted.

In addition, Saudi Arabia has watched with dismay as the administration has embarked on a tentative rapprochement with its archrival Iran and distanced itself from the government in Egypt in the aftermath of the military’s ouster of the country’s first democratically elected president.