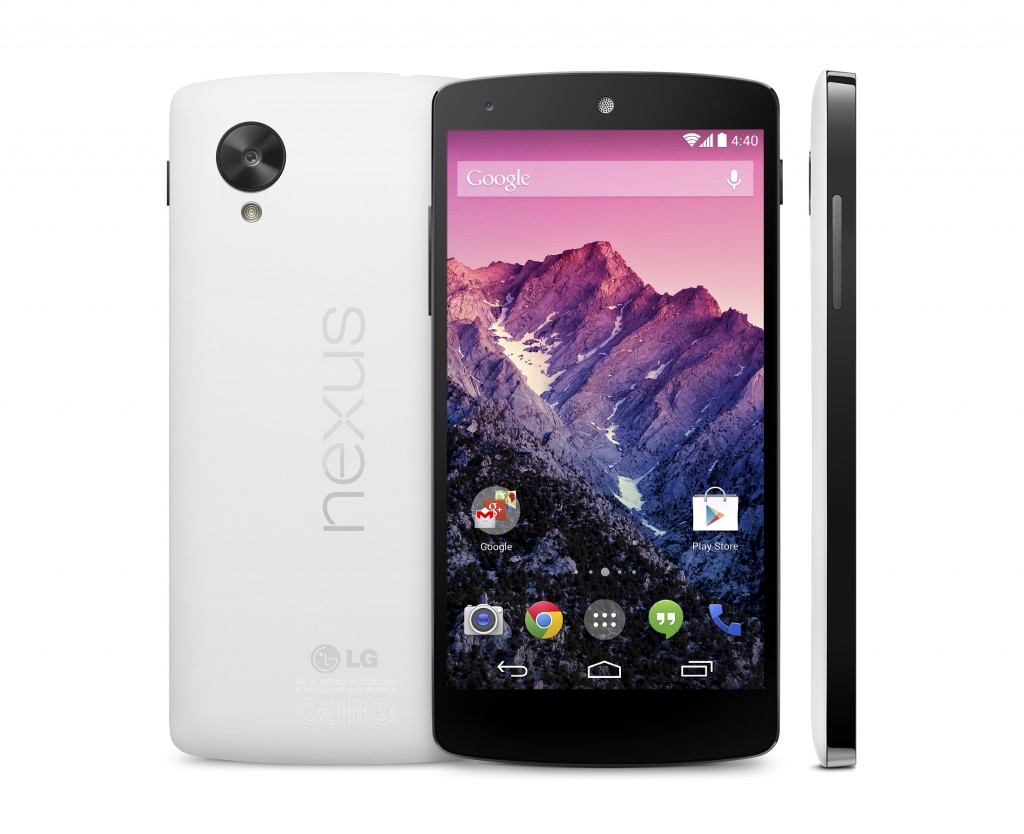 Google is selling a new Android smartphone that it hopes will become more like a clairvoyant friend than a piece of hardware.

The Nexus 5 phone, unveiled Thursday, is the first device to run on Kit Kat, the latest version of Google’s Android operating system.

As with previous Nexus phones, the latest will be sold only at full retail price, without subsidies that come with two-year contract agreements. It goes on sale Thursday in Google’s online Play store starting at $349, undercutting many rival phones at contract-free prices. The phone will work on most U.S. wireless networks, but not Verizon’s. A Nexus 5 model also is available for European markets.

The Nexus 5 and Kit Kat software underscore Google’s ambition to ingrain its search engine and virtual assistant, Google Now, even deeper into people’s lives. In the process, Google Inc. hopes to gather more insights that will enable it to sell more advertising, which generates most of its revenue.

It’ll be easier for Google to learn about a person’s habits and needs so it can display helpful information, such as an online post from a favorite website or a suggestion to use an online ticketing service when standing in a long line for tickets at an event.

When visiting a tourist attraction such as Yellowstone National Park, Google Now might automatically show information about geysers from the web.

“We want to get to the point where you glance at your phone and it always delights you with what you need,” said Sundar Pichai, a Google executive who oversees Android.

The new phone’s $349 price threatens to lure more cost-conscious consumers away from Apple Inc.’s iPhone, which retails for $649 for the 5S and $549 for the 5C when sold without a traditional two-year service agreement.

In an unusual twist for a software upgrade, Google built Kit Kat so it would work on cheaper smartphones equipped with less computing memory than top-of-the-line devices.

The move reflects the Mountain View, Calif., company’s desire to broaden use of the most recent version of Android. More than 1 billion Android devices have been activated, but a significant number are still using a 3-year-old flavor known as Gingerbread. That version remains popular because it works on those cheaper phones.

The mishmash of Android systems has made it tougher on app developers, who haven’t been able to fully embrace the new features in previous upgrades without risking older phones not being able to run their software. By contrast, Apple makes its iOS upgrades free all at once to several recent models. With Kit Kat, Google has a chance to bring older and cheaper phones up to date.

Google plans to make Kit Kat available for other devices within the next few weeks, but it will be up to individual manufacturers and their wireless carrier partners to decide if and when they will make the update available.

With the release of Kit Kat, Google also has improved its voice recognition technology so it can engage in more meaningful dialogue with users.

Kit Kat also showcases a new feature in Google’s search technology to fuse results from the web and applications installed on a phone. For instance, a request for a certain restaurant will show information drawn both from the web and the app for the reservation service OpenTable Inc. Initially, only OpenTable and nine other mobile app makers have enabled this, but more are coming. This feature will also show up on other devices, including the iPhone, but for now it works best on the Nexus 5.

The new phone features a screen that measures nearly 5 inches diagonally — about an inch longer than the iPhone — and weighs about 4.6 ounces. That’s about the same as the cheaper iPhone 5C, but more than the iPhone 5S’s 4 ounces.

The Nexus 5 also includes a feature, called the “dialer,” that will display phone numbers pulled directly from the web instead of just a person’s contact list.