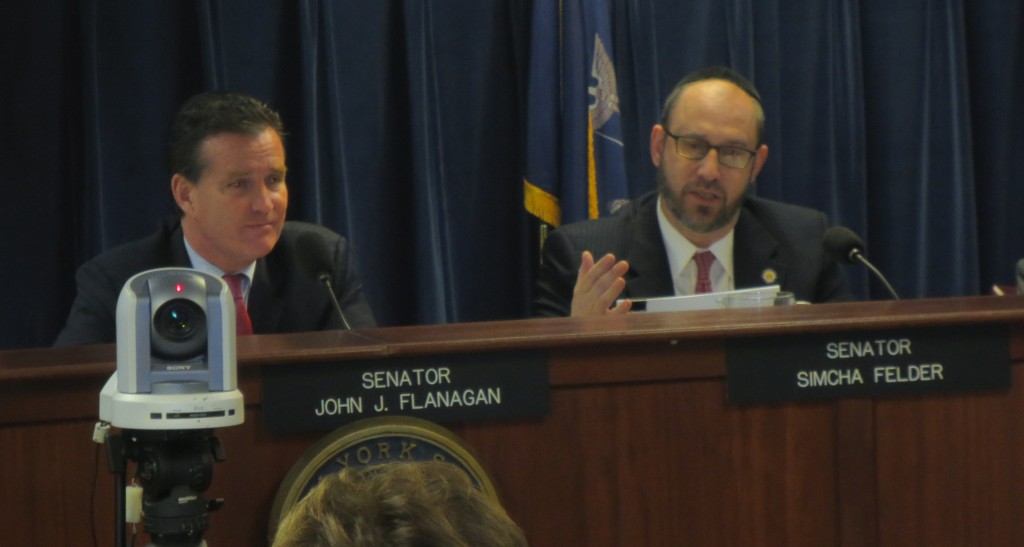 At an Education Committee hearing on Tuesday held in New York City, state Sen. Simcha Felder urged the Board of Regents to focus not only on preparing students for college but also on special-ed children who are not ready for higher education.

The hearing, the fourth of five hearings being held throughout the state, was chaired by Felder, chairman of the subcommittee overseeing education in New York City, and state Sen. John Flanagan, who chairs the broader education committee.

“I find it quite disturbing and offensive that the testing and evaluations that we’ve talked about, Common Core and beyond, really have not discussed at all children that will never, ever be proficient in all the tests that we’re giving,” Felder told Merryl Tisch, the chancellor of the Board of Regents.

“The fact is that there are many children that will excel in other vocations without being super-duper in the English language, math or anything like that. … There’s no discussion at all about preparing those kids.”

In response, Tisch said she understands that children develop and learn differently and that the state supports “multiple pathways to graduation,” including an expansion of career, arts, and technical opportunities.

“Children can get to graduation in a variety of ways,” Tisch said. “Working out the adult politics to get there is proving to be very complicated.”

Tisch said talks about an expansion will resume in January.