Regional With Booker Leaving, Who Will Run Newark?
Regional 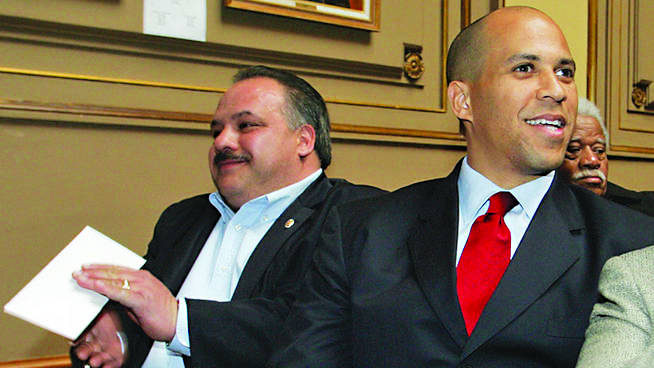 Now that Mayor Cory Booker, who brought a worldwide spotlight and hundreds of millions of dollars to Newark, is heading to Washington, the question everyone wants to know is: Who will run New Jersey’s largest city?

The answer, at least for the next few months, appears to be a man just one floor up from the mayor’s office in City Hall.

Municipal Council President Luis Quintana is widely expected to act as interim mayor after Booker is sworn in as a U.S. senator Thursday.

Booker submitted a letter to the city clerk resigning as mayor effective midnight Wednesday, calling his years in municipal office “one of the greatest honors of my life.”

Quintana, 53, is no stranger to Newark City Hall or its rough-and-tumble politics. He is the longest-serving member of the City Council, elected to his at-large seat in 1994.

The city’s mayoral election is in May, and the winner will be sworn in at the end of June. Multiple people, including three municipal councilors, are jockeying for the seat. Quintana was seen as the perfect placeholder — someone who wasn’t planning to run and is well-steeped in the minutiae of running Newark.

The mayoral candidates want no part of running the city before the election. Not only would it be difficult to run the city for the first time while campaigning, it would be hard to demand change in a city while running it.

Quintana, who was born in Puerto Rico and came to Newark at age 8, would be the city’s first Latino mayor.